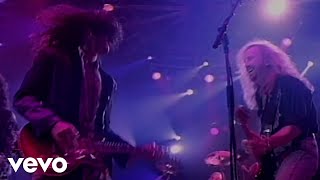 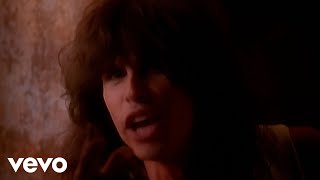 Personnel: Steven Tyler (vocals, harmonica, piano, keyboards, percussion); Joe Perry (guitars, background vocals); Brad Whitford (guitars); Joey Kramer (drums, percussion).
Recording information: Record Plant Studios, NYC (04/2002); The Cenacle, Armonk, NY (04/2002); Record Plant Studios, NYC (06/1977-10/1977); The Cenacle, Armonk, NY (06/1977-10/1977).
Photographer: Ross Halfin.
Almost all the heavy-hitters are hauled out for The Essential Aerosmith, from "Mama Kin" to "Jaded," and including both versions of "Walk This Way." Some of the songs are presented in a remixed form -- "Draw the Line," "Pink," "Just Push Play" -- but all of the new mixes are good, possibly even improvements, and the newer song, "Girls of Summer," is strong (its companion, "Lay It Down," isn't as noteworthy). So, all the parts are in place -- why doesn't it feel definitive, then? After all, there are no big songs or hits missing (apart from the cover of "Come Together," which isn't much of a loss), just fan favorites and album tracks like "Lick and a Promise," and "Chip Away the Stone". The reason it doesn't feel definitive is that the classic Columbia recordings are wrapped up by track ten, and then the best of their late-'80s comeback is wrapped up by the end of the first disc, which leaves disc two pretty much devoted to everything from Get a Grip on -- an era not widely considered their best, even though it had a number of hits, plus a couple of good songs along the way ("Crying," "Deuces Are Wild"). So, even though this delivers everything it should and will certainly be the one Aerosmith set most casual listeners will need, it doesn't quite capture the essence of the band the way their greatest albums do (whether they're Rocks or Pump). ~ Stephen Thomas Erlewine

33%off
Aerosmith
Music from Another Dimension
$5.98 CD Sale
Add to Cart

32%off
Aerosmith
Draw the Line / Chip Away the Stone
$3.40 Super Savings
Add to Cart