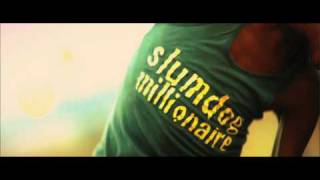 British director Danny Boyle takes another intriguing career turn with this heartfelt underdog tale. Jamal Malik (Dev Patel) is a street kid (or "slumdog") who has landed an appearance on India's version of the hit TV game show WHO WANTS TO BE A MILLIONAIRE' Jamal exceeds expectations on the show, and the producers alert the police after they become suspicious of his methods. The young contestant is subsequently arrested and is interrogated at the hands of a nameless police inspector (played by Bollywood star Irfan Khan). As the interrogation proceeds, Boyle tells Jamal's story through harrowing flashbacks that both show the terrible poverty of Mumbai and help explain how he knew the answers to the MILLIONAIRE questions.

SLUMDOG MILLIONAIRE is a tightly woven story that has been expertly edited into shape. The contrast between Jamal's upbringing and his chance of escaping it on the show are adeptly juxtaposed. Mumbai is portrayed as a place of terrifying poverty and unforgettable brutality, and Jamal and his brother get into a never-ending succession of challenging situations. But the way Boyle ties together Jamal's life experiences with his answers on the show is quite brilliant, and the film really does run the full gamut of emotions as we see him growing up, falling in love, coming close to death, and teetering on the brink of escaping from his terrible predicament. The film belongs to Boyle's cast, who are mostly unknown outside of India. Patel, in particular, gives a startlingly mature performance that audiences are likely to remember long after the credits role on this affecting feature.

Jamal Malik (Dev Patel) is just one question away from winning a fortune on India's version of "Who Wants To Be A Millionaire'" But how has this uneducated young man from the slums succeeded in providing correct responses to questions that have stumped countless scholars before him' And will he ultimately win it all or lose everything, including his true love'