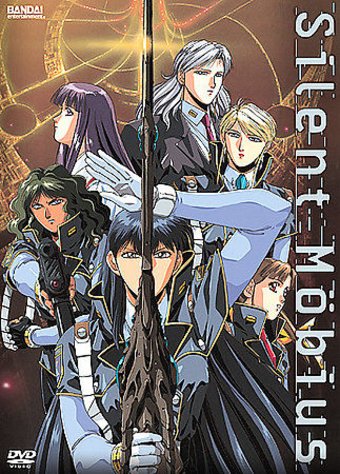 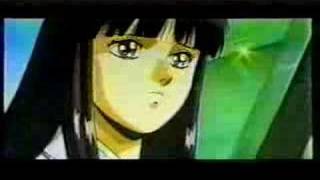 What if an earthquake devastated Tokyo and evil creatures descended onto Earth intent upon eradicating the human race' Hopefully, the Attacked Mystification Police Force (AMP), an all-female group of officers with a unique set of powers, would save them. THE SILENT MOBIUS features the adventures of the powerful psychic Yuki, the near-indestructible cyborg Kiddy, the mystical Shinto priestess Nami, the visionary Lebia, chief Rally Cheyenne, and their newest recruit, Katsumi, a woman with strange powers and a dark past. The battle for Earth lies in the hands of these powerful women...but will that be enough'

In the future a massive earthquake has devastated Tokyo, leaving this barren city to suffer the ravages of the world about it. Despite phenomenon such as acid rain, the true danger lies with the actions of evil beings known as the Lucifer Hawk, creatures bent on the invasion of Earth and total eradication of the human race. Arising from the ashes are humanity's last vestiges of hope in the form of a special police branch known as the AMP. This elite unit, dedicated to the preservation of civilization, is made up of highly trained individuals such as Yuki, the powerful psychic; the
near-indestructible cyborg warrior Kiddy; the mystical Shinto priestess Nami; the ever informed visionare Lebia and their chief, the mysterious Rally Cheyenne. Prepare to embark upon a quest to save the world with the members of the AMP and their newest recruit, Katsumi Liqueur, a woman with strange powers and a dark past. The battle for Earth lies in the hands of these powerful women... but will that be enough'