Mojo (Publisher): "...A defining work....in the eyes of many, 'the' country rock album....Excellent musicianship and mood throughout." 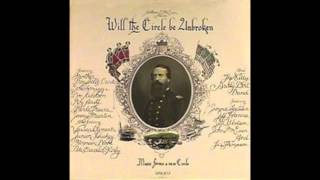 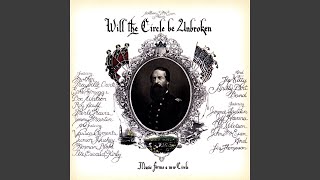 Will The Circle Be Unbroken (Music Video)

Nitty Gritty Dirt Band: Les Thompson (vocals, mandolin); Jimmie Fadden (vocals, harp); Jim Ibbotson (vocals, drums); Jeff Hanna (vocals, washboard); John McEuen (banjo, mandolin).
Additional personnel includes: Maybelle Carter (vocals, guitar, autoharp); Jimmy Martin, Doc Watson, Merle Travis (vocals, guitar); Earl Scruggs (guitar, banjo); Vassar Clememts (guitar, fiddle); Randy Scruggs (guitar, autoharp); Pete "Oswald" Kirby, Norman Blake (dobro); Roy "Junior" Huskey, Ellis Padgett (bass).
Recorded At Woodland Studios, Nashville, Tennessee.
It's ironic that the 30-year anniversary of this classic album coincides with the runaway success of the O BROTHER WHERE ART THOU soundtrack, one of the best-selling movie soundtracks in history. Both albums find contemporary folk-rock musicians reaching back to the sounds of bluegrass, country, and folk (often lumped together under the heading "old-timey music"). The difference is that when the Nitty Gritty Dirt Band did it in 1972 it was a new (even risky) idea.
Harry Smith's 1952 ANTHOLOGY OF FOLK MUSIC had inspired rock-generation kids like those who would form the Dirt Band to seek out traditional American music. The NGDB went a step further with this triple album by getting the old-timey artists themselves to collaborate on a tribute to the traditional American musical tapestry. Thus, we have Doc Watson singing "Tennessee Stud," Roy Acuff taking on the Hank Williams spiritual "I Saw the Light," and Earl Scruggs picking the "Nashville Blues," with the Dirt Band and various country/bluegrass luminaries backing them up. The most amazing thing about WILL THE CIRCLE BE UNBROKEN is that it all works so well and fits together so seamlessly. An undertaking like this could easily have been a train wreck; instead it's a triumph.

The Unbroken Circle
The Musical Heritage Of The Carter Family (2LPs)
$21.40
Add to Cart