The Kids Are All Right (Blu-ray) R

Nic and Jules had the perfect family, until they met the man who made it all possible.

190K ratings
Available: Usually ships in 3-5 business days
Only 5 copies left
Add to Cart
Add to Wishlist
Format:  Blu-ray
item number:  GR3J
Also released as:
The Kids Are All Right for $4.89
Our customers love us! 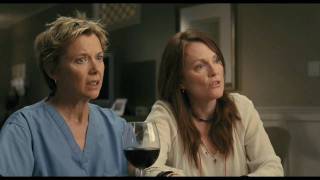 The Kids Are All Right - Official Trailer

The son of a same-sex couple seeks out the sperm donor who made his birth possible in this comedy from writer/director Lisa Cholodenko. The committed parents of two teenage children, Nic (Annette Bening) and Jules (Julianne Moore), are about to send their daughter, Joni (Mia Wasikowska), off to college when her younger brother, Laser (Josh Hutcherson), asks for her help in tracking down his biological father. Reluctantly inquiring with the sperm bank, Joni leaves her number so the office can pass it along to Laser's father. Enthusiastic at the thought of meeting his long lost offspring, Paul (Mark Ruffalo) musters the courage to reach out, and the family tree grows a new branch.