Inside everyone is a frontier waiting to be discovered. 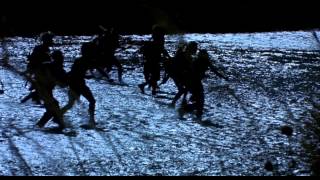 Actor Kevin Costner made his debut behind the camera--and won an Oscar for Best Director--with this celebrated epic. In 1865, Civil War hero Lt. John Dunbar (Costner) asks to be reassigned to the western frontier before it disappears. At his isolated post he develops a relationship with the peaceful Lakota Sioux and a white woman (an excellent, Oscar-nominated Mary McDonnell) who lives among them, finding greater kinship with them than with his own people. But his life with the Sioux is threatened when the Army appears, and Dunbar must decide where his loyalties truly lie. Co-starring Graham Greene, DANCES WITH WOLVES boasts seven Academy Award wins and another five nominations.

The Last of the Mohicans (Blu-ray)
$8.40 Super Savings
Add to Cart