Get email alerts for Switch
36 ratings
Currently Out of Stock: We'll get more as soon as possible
Notify Me When Available
Add to Wishlist
Format:  CD
item number:  ZUCL 0778
Our customers love us! 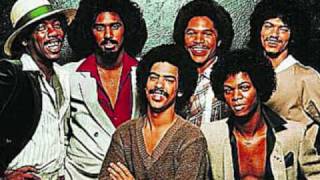 Switch: Bobby DeBarge, Greg Williams (vocals, keyboards); Jody Sims (vocals, drums); Phillip Ingram (vocals, percussion); Eddie Fluellen (trombone, keyboards); Tommy DeBarge (bass, background vocals).
Additional personnel includes: Michael McGloiry (guitar).
Producers include: Bobby DeBarge, The Bewley Brothers, Jody Sims, Thomas DeBarge, Jermaine Jackson.
Compilation producer: Harry Weinger.
Originally released on Gordy Records. Includes liner notes by A. Scott Galloway.
All tracks have been digitally remastered.
Throughout the '90s, alt-rock pioneer Perry Farrell became caught in the DJ culture emerging from the underground and slowly permeating the mainstream. Two years after the nasally singer contributed a pair of drum-and-bass-driven tracks to the Jane's Addiction/Porno For Pyro compilation REV, the father of Lollapalooza returned with a solo debut more steeped in electronica and shaped by a renewed interest in his Jewish background.
Aided by an array of talent including reggae legend Mad Professor, Jane's guitarist Dave Navarro, PFP's Martyn LeNoble and Jon Brion, Farrell hop-scotches through a number of different dance-driven styles. "Seeds" is a light, swirling stab at Orb-flavored techno, "To Me" rides a rubbery dancehall rhythm driven by the piano of War's Lonnie Jordan and "Nua Nua" is a Middle Eastern tinged outing sparked by clattering beats. Among the themes touched on are ones of global renewal (a drum-and-bass flavored "Happy Birthday Jubilee") and the spiritual importance of song in society (the ambient title track). Although cuts like "Say Something" and "Shekina" occasionally drift off into the ether, SONG YET TO BE SUNG finds Farrell once again finding a way to challenge both himself and his fans.

Enchantment
If You're Ready: The Best of Enchantment
$13.60
Add to Cart

Shanice
When I Close My Eyes
$2.98 on Sale
Add to Cart

16%off
Soulful Ballads
$5
Add to Cart