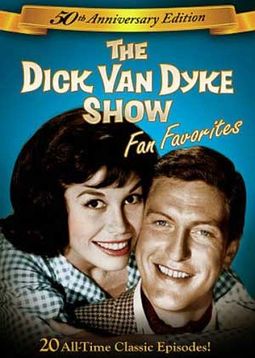 This package brings into a single collection twenty episodes from television's iconic situation comedy THE DICK VAN DYKE SHOW, which originally aired from October 1961 through September 1966. Installments include: IT MAY LOOK LIKE A WALNUT!, COAST TO COAST BIG MOUTH, MY BLONDE-HAIRED BRUNETTE, hat's in a Middle Name, THE SICK BOY AND THE SITTER, BIG MAX CALVADA, and more.