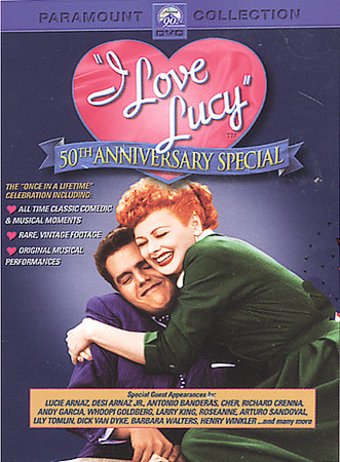 Get email alerts for Lucille Ball
13 ratings
Available: Usually ships in 2-4 business days
Only 8 copies left
Add to Cart
Add to Wishlist
Format:  DVD
item number:  ACC4
Related products:
Dean Martin Double Feature - How To Save A Marriage (And Ruin Your Life) / Who Was That Lady (2-DVD) for $4.98
91% recommend us!

I LOVE LUCY debuted on CBS television in 1951, and quickly set a new standard for television comedy. Over 50 years later, the memory of Lucille Ball and her historic television comedy series are as beloved as ever. This special celebrates the series and its cast, taking a look back at the show's most memorable characters, musical numbers, and guest stars. Stars---including Cher, Antonio Banderas, Dick Van Dyke, Barbara Walters, and more--share their favorite moments and memories of Lucy. Also, take a trip to Lucy's hometown, and enjoy clips from the top ten episodes of the series, as chosen by the fans.