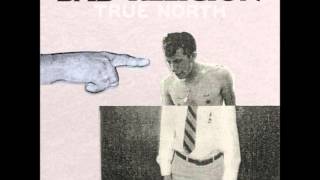 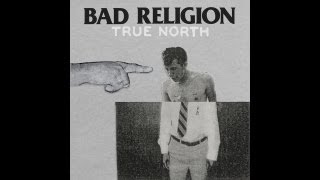 As a veteran group, it would be easy to go through the motions at this point, but for their 16th album, True North, Bad Religion are still fully inspired and delivering sturdy, memorable, and solidly crafted material. Released on guitarist Brett Gurewitz's Epitaph Records, after more than 250 songs, the founding member clearly knows what works for the band, and he sticks to the formula of uptempo, muscular anthems with chunky guitar parts and contemplative lyrics. Vocalist Greg Graffin continues to question the government, Christianity, and American society at large, sounding expressive, with a little less grit than usual, but tireless. True North shows flashes of their earlier work, and is a step up from their last album, 2010's The Dissent of Man, in terms of aggression. No straight-ahead pop tracks to be found here. Just 16 rapid-paced songs in under 35 minutes. Even after lineup changes, this latest edition of Bad Religion -- Graffin, Gurewitz, guitarists Brian Baker and Greg Hetson, bassist Jay Bentley, and drummer Brooks Wackerman -- operates like a well-oiled machine and plays its classic anti-establishment brand of So-Cal punk effortlessly. So well, in fact, that many of the songs on board hold up against the best material they've written since adding a third guitarist. There are some rare moments of lyrical levity too: for instance, when Graffin defends his usage of "fuck you" by explaining that it's just a Pavlovian response that he can't help and a way to pay homage to your bad attitude. While not exactly Bad Religion's deepest sentiment, it's a great summation of their long, long career as angry yet intellectual punks. ~ Jason Lymangrover

Bad Religion
The Process of Belief
$19.50
Add to Cart

Bad Religion
Along The Way
$13.80 Super Savings
Add to Cart

Bad Religion
How Could Hell Be Any Worse?
$19.50
Add to Cart