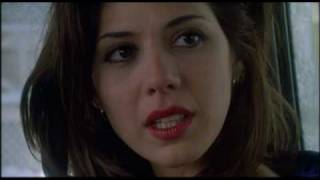 A tender tale about the romance between Adam, a severely introverted busboy with a congenital heart problem and Caroline, a waitress with a penchant for men who reject her. Walking home late one night from the Minneapolis diner where she and Adam work, Caroline is attacked by two thugs. Just as they are about to rape her, Adam miraculously appears and beats the living daylights out of the two guys. To her surprise, Caroline discovers that the shy, silent Adam has been infatuated with her from afar and has even followed her home every night to make sure nothing happens to her along the way. Won over by his sweetness and devotion, Caroline enters into a tentative relationship with Adam, gently guiding him through his first experience with physical and emotional intimacy.

Marisa Tomei (My Cousin Vinny) and Christian Slater (Murder in the First) deliver brilliant performances in this touchingly honest and beautifully crafted modern-day romance. Co-starring Rosie Perez (White Men Can't Jump), who lends her own unique brand of energy and talent, Untamed Heart's heart is in the right place (Roger Ebert, 'siskel & Ebert ). Tomei portrays Caroline, a diner waitress who is consistently (and miserably) unlucky in love. Slater is Adam, the diner's reclusive busboy who harbors a secret crush on Caroline, yet is too shy to speak to her. But all that changes one cold night when Caroline finds herself in a life-threatening situation on her walk home and Adam appears out of the shadows to rescue her. Intrigued by her unlikely knight in shining armor, Caroline tenderly breaks through to his lonely world. Together, the two forge a bond of trust and understanding that ultimately blossoms into one of cinema's most unforgettable love stories.

A waitress with a heart of gold seems destined to keep falling for the wrong guy until the night a reclusive busboy saves her life. His heroic act results in the exposure of his rare heart condition -- and his love for her inside his heart.

Message in a Bottle (DVD)
$6 Super Savings
Add to Cart