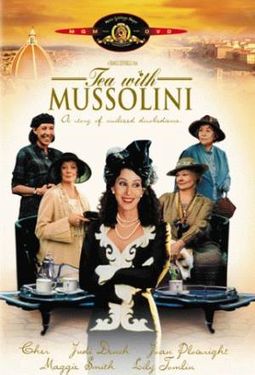 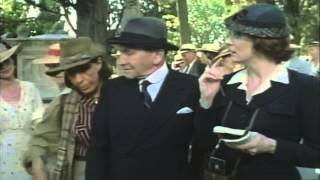 In this gently comic coming of age story, set in Florence over the course of the 1930s and 1940s, the illegitimate son of an Italian merchant is raised by a group of prim English ladies whose passion for Italian culture have made them permanent residents. With the rise of Mussolini and the outbreak of war, the ladies are interned as prisoners, and the boy risks his life to help them. It's a lushly photographed ensemble piece that instills in the viewer Zeffirelli's contagious passion for Italian art and affection for these brave ladies.

The beautiful city of Florence is at the heart of this story, based on director Franco Zeffirelli's autobiography. It's the 1930s, and young Luca (Charlie Lucas), the illegitimate son of an Italian businessman, is taken in by a group of proper English ladies known as "Il Scorpioni" (for their "sting"). He acquires a passion for the arts as he follows them on their excursions through various museums and cathedrals, and finds his first taste of love when he falls for an extravagant Jewish American named Elsa (Cher). When Mussolini's fascist regime joins the Nazis, the old ladies become prisoners of war, and Elsa finds herself in even greater danger. Luckily, the now older Luca is on hand to help. This lovingly photographed film allows Zeffirelli to give voice to his passion for the art and architecture of his native city. The ensemble of mature actresses have a field day, of course, and includes Judi Dench, Lily Tomlin, Joan Plowright, and Maggie Smith.

A Room with a View (Criterion Collection)
$26.10 Super Savings
Add to Cart