Before you can fly, you have to be free. 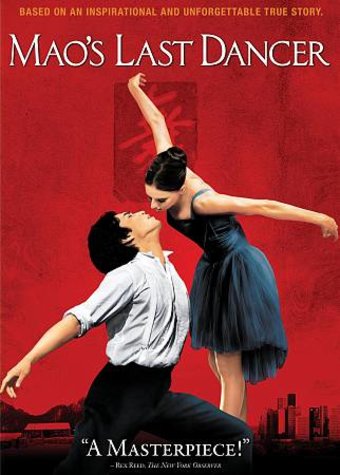 The true story of Li Cunxin and his journey from rural China to the bright lights of ballet stardom is brought to the screen in this biographical drama from director Bruce Beresford. In 1972, 11-year-old Li Cunxin (Huang Wenbin) is living with his parents, Niang (Joan Chen) and Dia (Wang Shuangbao), and six siblings while attending a tumbledown school in Shandog province. Li's life changes when representatives of Madame Mao's Beijing Dance Academy visit his school, and he is one of several students believed to have promise as a dancer. While life at the school is difficult for Li and many of the instructors are harsh and unforgiving, Chan (Zhang Su) takes the boy under his wing and grooms him into one of the school's star pupils. In 1981, Li (now played by Chi Cao) is chosen to travel to the United States as part of a student exchange with the Houston Ballet Company. Under the tutelage of Ben Stevenson (Bruce Greenwood), the company's director, Li impresses his peers and is given a key role in a televised production of Die Fledermaus; despite an attack of stage fright, Li's performance is a triumph. As Li came to love life in the United States, he also falls for an attractive young dancer, Elizabeth (Amanda Schull), and when his time in America draws to a close, he makes the decision to leave his old life behind and pursue a life of personal and creative freedom in America. Also starring Kyle MacLachlan and Camilla Vergotis, MAO'S LAST DANCER received its world premiere at the 2009 Toronto International Film Festival.

Spirited Away
$19
Add to Cart

In Balanchine's Classroom
$19
Add to Cart