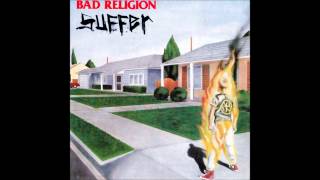 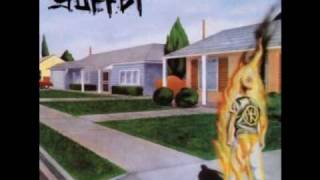 Bad Religion-Best for you (Music Video)

Bad Religion: Greg Graffin (vocals); Greg Hetson, Mr. Brett (guitar); Jay Bentley (bass); Pete Finestone (drums).
Recorded at Westbeach Recorders, Hollywood, California in April 1988.
The first record in three years is the fastest thing they've ever done -- even faster than 1982's How Can Hell Be Any Worse? With the exception of "Best for You" and "What Can You Do?," the other 13 songs are in the same super-speedy tempo, which is too bad, and at least four times on this record they're ripping themselves off, stealing riffs from their previous work. And you know what? This is still such a terrific LP none of that matters. Perhaps since so many of the songs are so dead similar, at first it's hard to tell them apart, but after a couple of plays that's no longer the case. And if you do play it once, you'll no doubt play it another 20 times, just to hear Greg Graffin sing. "You Are (The Government)" ends in one of his great held lines, "And I make a difference too." On "When," he hits five notes just singing this one word, and the last time he sings the word "suffer" on the title track, he holds it for eight snare hits, a great descending trill. None of this makes any sense to you, so you'll have to buy it to understand -- an unbeatable punk/hardcore singer on top of the most melodic, riff-ridden hardcore band going now. And those lyrics: "The masses are obsequious contented in their sleep/The vortex of their minds contented in the murky deep" ("1000 More Fools"), "Production and consumption define our hollow lives...When will mankind finally come to realize this surfeit has become his demise...Tell me is there anything so sure/Rapacity, tenacity, capacity for more!" ("How Much Is Enough?"). Graffin admits on "Pessimistic Lines" that he's a full-time skeptic, but in this "sick society" (as Martin Luther King called it upon hearing of the murder of John F. Kennedy), that's a rational position, and frankly, the lyric sheet is worth the money, much less the music and singing. Buy it if you like hard fast rock & roll in general. Comeback LP of 1988? ~ Jack Rabid, The Big Takeover

Bad Religion
Against the Grain
$11.80 CD Sale
Add to Cart

Bad Religion
How Could Hell Be Any Worse? [Bonus Tracks]
$11.80 CD Sale
Add to Cart