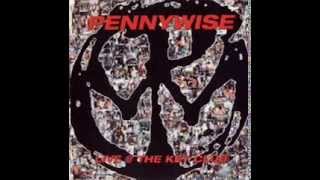 Pennywise: Jim Lindberg, Fletcher Dragge, Randy Bradbury, Byron McMackin.
Recorded live at The Key Club, Hollywood, California.
Audio Mixer: Pennywise.
Recording information: Key Club, Hollywood, CA.
With a live album, you'd like to expect that the band do their best to capture the magic impromptu, of-the-moment performance. Devoid of fancy Pro Tools editing and track-to-track mixing, Pennywise have done just that with LIVE AT THE KEY CLUB. Born in the spirit of punk legends such as Black Flag and Descendents, Pennywise have become known for notorious concert goings-on and their brand of So Cal hardcore sounds super-charged here, especially on "Homesick" and "No Reason Why," the latter penned by founding bassist, the late Jason Thirsk, who's name is frequently and fondly mentioned during stage banter by vocalist Jim Lindberg.

60%off
Good Charlotte
Live At Brixton Academy (DVD)
$3.98 on Sale
Add to Cart