NOFX Pump Up the Valuum

CMJ: "...Brisk, wound-up melodic blasts of punk that clock in at under 3 minutes a piece....it's a formula this band long ago perfected..." 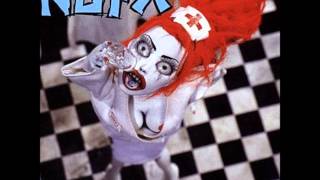 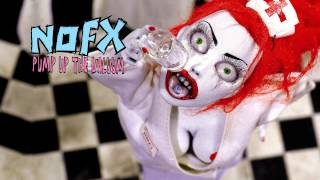 CMJ - 7/00, p.58
"...Brisk, wound-up melodic blasts of punk that clock in at under 3 minutes a piece....it's a formula this band long ago perfected..."
Melody Maker - 5/30/00, p.56
3.5 stars out of 5 - "...a relentless stream of neck-snappingly fast 3-chord workouts boasting hooks you could land whales with and lyrics that vary from the sublimely inspired...to the mind-numbingly rubbish...held together by a rich seam of self-deprecating humor..."

NoFx: Chavin, Lek, Ton, Toe.
Additional personnel: Spike Slawson, Kent, Turt, Jay, Limo San (vocals); Bill Hansson (accordion).
All tracks have been digitally mastered using HDCD technology.
Personnel: Spike Slawson (background vocals).
Recording information: Motor Studios.
PUMP UP THE VALUUM is just one more episode in NoFx's perfectly arrested development. The band begins its umpteenth album with a perfect introduction, "And Now For Something Completely Similar," a play on the old Monty Python line; NoFx's greatest asset lies in its ability to stick to its guns and avoid the pressure to mature, or even mutate.
On PUMP UP THE VALUUM, Fat Mike and the gang are still writing brilliantly bratty two-minute punk rants about authority figures, the system, and anything else that comes to mind. This is basic punk, and NoFx is refreshing and fun in its familiarity. The playful lyrics perfectly traverse that dental floss-thin tightrope between painfully silly and overbearingly clever. The seemingly spontaneous call and response of the joyfully pointless "Clams Have Feelings Too (Actually They Don't)"--"no clam eyes to cry clam tears"--is perfect pop-punk anarchy. NoFx won't and shouldn't ever grow up; it'd be a shame if the band ever stopped singing about women and drugs and inertia and sexual frustration, and its ilk, in its own singularly wide-eyed way.

NOFX
The Greatest Songs Ever Written: By Us
$13.60 CD Sale
Add to Cart