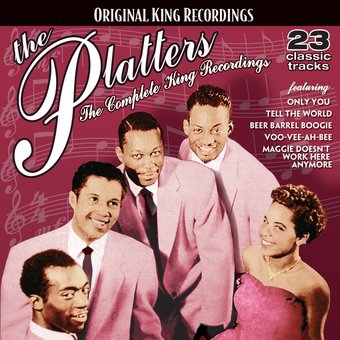 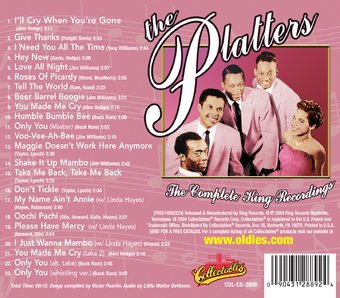 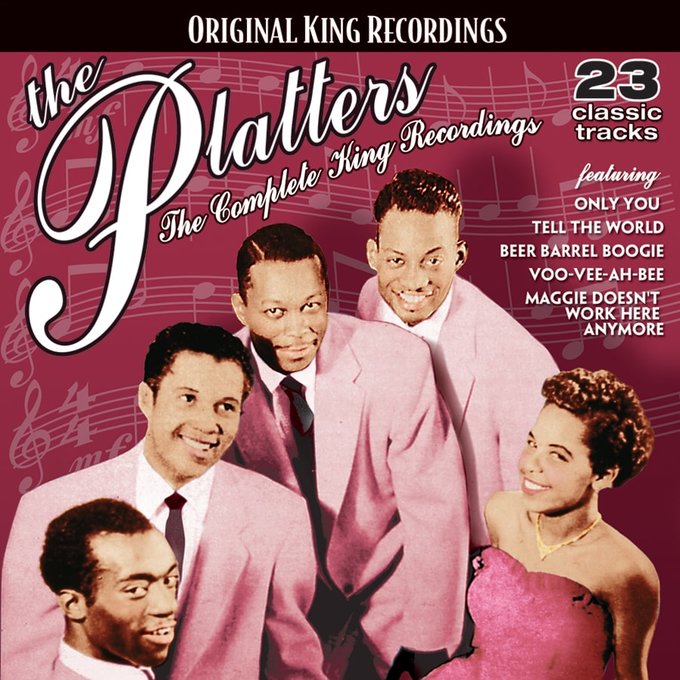 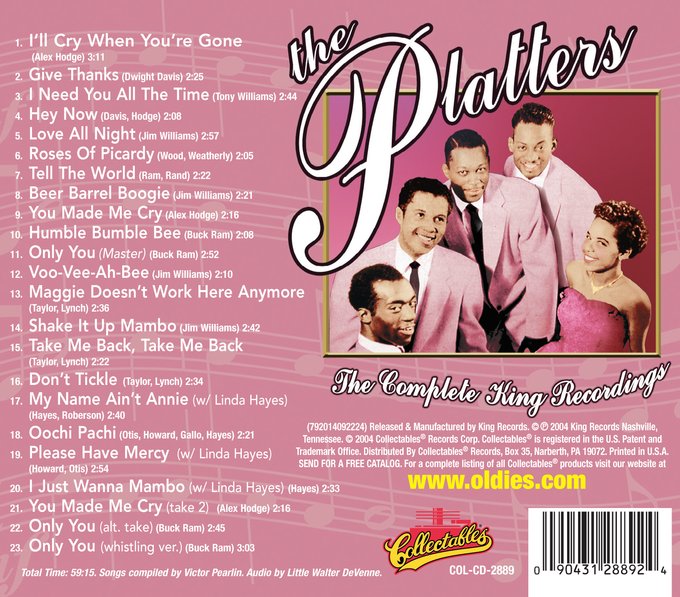 The Platters sold over fifty million records worldwide, and were inducted into the Rock & Roll Hall of Fame in 1990. Before their smash hit "Only You" was released by Mercruy Records in 1955, they spent two years recording for the Federal label - including backing lead singer Tony Williams' sister, Linda Hayes, on a number of recordings. This CD contains their complete recordings made for the Federal label between 1953 (when they were founded in Los Angeles by four Jefferson High School classmates) and 1955.

Liner Note Author: Victor Pearlin.
This collection contains most (but not all, in spite of the title) of the tracks a nascent version of the Platters did for King Records in the early to mid-'50s. To clear up some potential confusion, King was a subsidiary of Cincinnati's Federal Records, and these sides have also been released as The Complete Federal Recordings, but it's all the same material. The Platters at this point were not the ultrapolished group that would later record songs like "The Great Pretender" and "Smoke Gets in Your Eyes" for Mercury Records, and those kinds of orchestrated (and radio-ready) arrangements are nowhere to be seen here. Truthfully, the King (or Federal, if you'd rather) sides are really more like demos, with extremely sparse backing tracks, and while the Platters display a certain level of group dynamic and charm, they're just not ready for prime time at this point, making these recordings of historical more than musical interest. The group's first big hit, "Only You," came out on Mercury Records in 1955, and three earlier versions of the song are here, none of which rises above demo quality. One take, the so-called "whistling version," features Herb Reed whistling away behind an unsteady and tentative vocal by lead singer Tony Williams, and the result is simply awful, unless the idea was to undertake a complete deconstruction of the song, which is unlikely. This disc will have some appeal to collectors and historians of the Platters, but casual listeners should definitely stick with the later Mercury recordings. ~ Steve Leggett