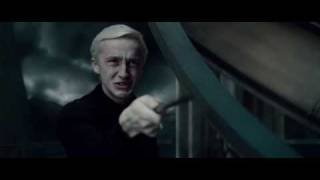 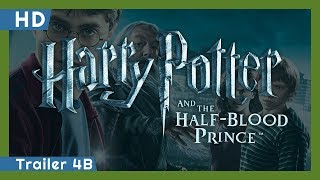 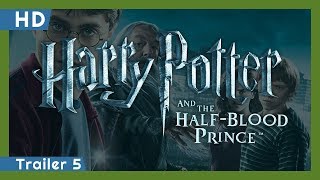 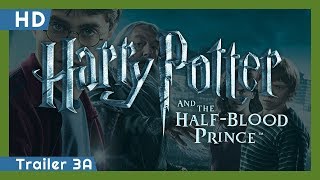 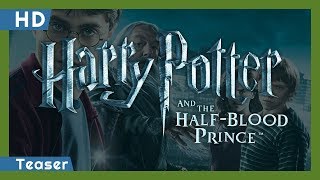 Though HARRY POTTER AND THE PRISONER OF AZKABAN director Alfonso Cuaron still holds the crown for best film in the series, David Yates is making an attempt at a coup with HARRY POTTER AND THE HALF-BLOOD PRINCE. Dark, gleefully funny, and beautifully shot, this adaptation of J.K. Rowling's novel should please fans despite numerous changes to the 650-page source material. In this sixth film in the series, Harry's (Daniel Radcliffe) inevitable confrontation with the dark wizard Voldemort grows closer, and Hogwarts headmaster Dumbledore (Michael Gambon) wants the young student to be prepared. He guides Harry through a memory of a young Voldemort, but an important moment is missing. Harry must extract this memory from the new Hogwarts teacher, Horace Slughorn (a perfectly slimy Jim Broadbent), who is as eager for fame as he is reluctant to revisit this painful moment. Meanwhile, romance rules the school of witches and wizards, with Hermione (Emma Watson) and Ron (Rupert Grint) refusing to admit their feelings for each other. Harry also harbors a secret love of his own: Ron's younger sister, Ginny (Bonnie Wright). But despite his crush, Harry keeps an eye on Snape (Alan Rickman) and Draco Malfoy (Tom Felton), who may be responsible for attacks on the school.

HALF-BLOOD PRINCE deftly balances the humor of Hogwarts heartbreak and the thrills of dark villains attacking the school. The cast is as talented as ever, and the youngest members--Radcliffe, Grint, and Watson--have developed their talent well. However, this film is most remarkable for its fine cinematography from AMELIE director of photography Bruno Delbonnel. Using a muted palette, Delbonnel makes Hogwarts look hauntingly beautiful in a way that fans have never seen. There's always plenty of fun and adventure in the series, but this entry boasts impressive visuals as well.

Harry Potter and the Goblet of Fire (Blu-ray)
$12.10 Super Savings
Add to Cart

Harry Potter and the Order of the Phoenix (2-DVD)
$12.90 Super Savings
Add to Cart