Harry Potter and the Chamber of Secrets (Blu-ray) PG

Hogwarts is back in session. 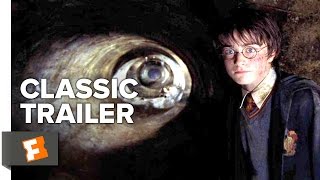 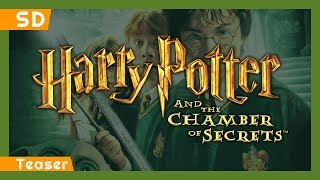 Harry Potter and the Chamber of Secrets (2002) Teaser

Director Chris Columbus recreates the magic of the second book from author J.K. Rowling's best-selling series about a young wizard, Harry Potter (Daniel Radcliffe). In this sequel, Harry and his friends Hermione Granger (Emma Watson) and Ron Weasley (Rupert Grint) return to Hogwarts School of Witchcraft and Wizardry for the new school year only to be met with a terrifying mystery. An unknown creature, one that supposedly lives in the legendary Chamber of Secrets hidden at Hogwarts, is attacking students in the school, leaving them literally petrified and as cold as stone. Even the professors seem at a loss for how to solve the chilling mystery, leaving it up to Harry and his friends to save the day. Rowling's story translates well to the big screen, with a magical flying car, a giant spider, a house elf named Dobby, and assorted other creatures making their film debuts. Radcliffe continues to charm as the wide-eyed young Potter, and Grint shines as his best friend and sidekick. Kenneth Branagh joins the all-star cast as the preening megalomaniac author and professor, Gilderoy Lockhart. HARRY POTTER AND THE CHAMBER OF SECRETS also stars the late Richard Harris, majestic Maggie Smith, and an under-used Alan Rickman.