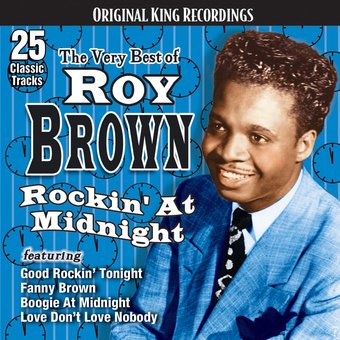 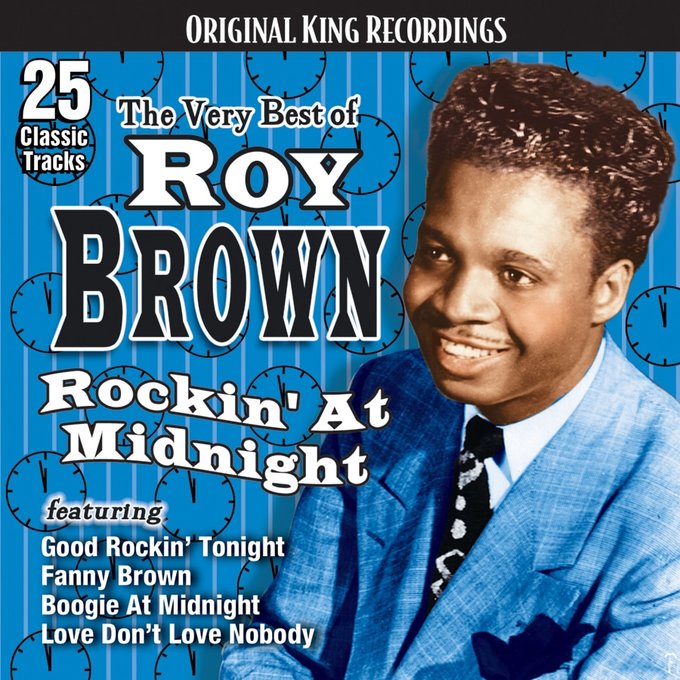 Get email alerts for Roy Brown
Currently Out of Stock: We'll get more as soon as possible
Notify Me When Available
Add to Wishlist
Format:  CD
item number:  COL 2882
91% recommend us!

Roy Brown is the man whose musical success paved the way for all who followed him in the New Orleans area: Fats Domino, Lloyd Price, Huey Smith and countless others. Between 1948 and 1951, Brown placed fourteen songs in Billboard's Top 15 Rhythm & Blues charts, including two which peaked at number one. But perhaps hit most famous composition, "Good Rockin' Tonight," while only a mild hit for him, was a chart topper for Wynonie Harris. It is now often cited as one of the first rock and roll songs. All but forgotten today, a look at Brown's record sales success in the lat 1940s leaves little doubt of his stature as one of the pioneers of Rock & Roll.

Liner Note Author: Victor Pearlin.
With his gospel-inflected vocals, full of melismatic swoops and sighs, and a penchant for speeded-up jump blues songs with strong sax lines, Roy Brown created the very template for early rock & roll in the late '40s and early '50s. His first single, an easy, natural reading of "Good Rockin' Tonight" on DeLuxe Records (which Wynonie Harris turned into a huge hit with a cover version) is arguably the first true rock & roll record, and although Brown influenced countless singers, including Little Richard, James Brown, Fats Domino, and many others, he is little known today. This fine collection includes "Good Rockin' Tonight" and its flip side, "Lollipop Mama," both issued by DeLuxe in 1947. DeLuxe was then purchased by Cincinnati-based King Records, which continued to issue sides from Brown under the DeLuxe imprint until 1952, when his records were released officially on King. Brown left for an unsuccessful stint with Imperial Records in 1955, returning to King in 1959 to record "Good Lookin' and Foxy Too," his last work for the Federal/King label family. Everything from the DeLuxe/King years is here, and it is wonderful and indispensable stuff, making this the perfect starter collection. Highlights include the loose-as-a-goose saxophone raver "Boogie at Midnight," "Cadillac Baby" (Chuck Berry, anyone?), the gorgeous "Sweet Peach," "Big Town," and the quasi-experimental "Mr. Hound Dog's in Town," a sweetly atmospheric rocker that jettisons the horn section for some nice jazz guitar work from Bill Jennings. Brown wrote nearly all of his material, and the nascent roots of rock & roll are clearly outlined in his songs. That he is so little known to the public at large is a complete shame. The Rhino collection Good Rockin' Tonight is another nice place to start to get a taste of this marvelous musician, but The Very Best of Roy Brown has half a dozen more tracks, and although Brown recorded for other labels after he left King, his certainty seemed to suffer, and the absolutely essential stuff is here. ~ Steve Leggett

54%off
Roosevelt Sykes
The Honeydrippers Ball
$5.98 on Sale
Add to Cart

41%off
The Platters
Complete King Recordings (CD)
$9.98 on Sale
Add to Cart