Rolling Stone: 3.5 stars out of 5 -- "'I Never Knew You' is a bouncy, piano-driven confection full of Beatlesque touches." 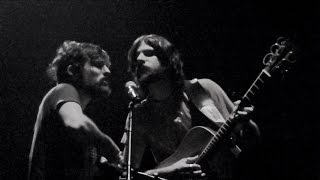 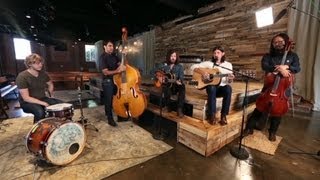 The Avett Brothers perform The Once and Future Carpenter (Music Video)

The highly anticipated follow-up to I And Love And You. "...still among it's sharpest melodies, with banjos plinking along to swooping power-pop melody worthy of Big Star." -Rolling Stone. Produced by Rick Rubin.

Rolling Stone - p.70
3.5 stars out of 5 -- "'I Never Knew You' is a bouncy, piano-driven confection full of Beatlesque touches."
Entertainment Weekly - p.140
"[A] gorgeously crafted set of sad and soulful laments laced with acoustic guitars, sharply punctuated piano, and delicate cello."
Billboard (p.32) - "In the 90-second 'Geraldine' Scott and Seth Avett harmonize brightly over a rollicking honky-tonk groove, while 'Winter in My Heart' slows the tempo to contemplative soul-folk stroll."
Mojo (Publisher) - p.85
3 stars out of 5 -- "[With] the Willie Nelson-like 'Winter In My Heart,' heartland rock of 'Pretty Girl From Michigan' and Beatles harmonies on 'I Never Knew You'..."
Paste (magazine) - "THE CARPENTER provides a return to rudimentary Avett songwriting, in that the most striking moments on the record are born from playful banjo-guitar banter and confessions revealed in 4/4 time."

Concord, North Carolina-based indie folk-pop darlings the Avett Brothers received rave reviews for their 2009 breakthrough major-label debut, I and Love and You, which peaked at number 16 on the Billboard 200 album chart and resulted in an invitation to perform alongside Bob Dylan and Mumford & Sons at the 2011 Grammy Awards. While much of that record's success stemmed from brothers Scott and Seth Avett's poignant songwriting, producer Rick Rubin played a large part in letting those tracks shine. Rubin returns for the group's seventh studio album, The Carpenter, which is set to be released in September 2012.

The Avett Brothers
Magpie and the Dandelion
$13.60
Add to Cart