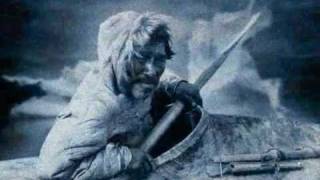 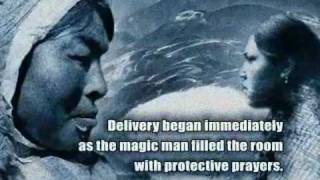 Contains 4 extra tracks from the "Replacement" section of SUBTERREAN MODERN.
ESKIMO is one the penultimate titles in The Residents' vast catalog Based very loosely on Eskimo rituals, these six pieces are as layered as most of the strange and mysterious group's projects. But there's a compelling sense of place to ESKIMO, as the sound of wind and the atmospherics of vast, frozen expanses set the stage for seemingly indigenous (though, in fact, fictional) instrumentation.
The Residents filter their disembodied voices through various electronic gadgets. In service to their invented ESKIMO mythology, these voices resonate with haunting playfulness. The devil sits on one shoulder, an angel on the other, both whispering in your ears while some unseen higher power breathes down your back. This album succeeds in evoking glimpses of a people and their heritage without succumbing to stereotype, mimicry, or ridicule.

16%off
The Residents
The Commercial DVD
$12.50 Super Savings
Add to Cart

17%off
The Residents
Diskomo/Goosebumps
$16.50
Add to Cart

Perrey & Kingsley
The In Sound from Way Out!
$11.20 Super Savings
Add to Cart