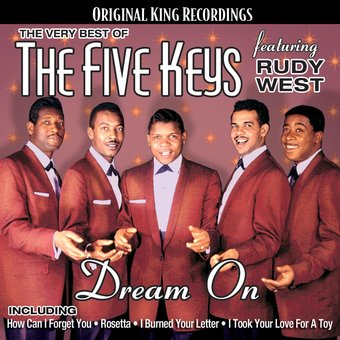 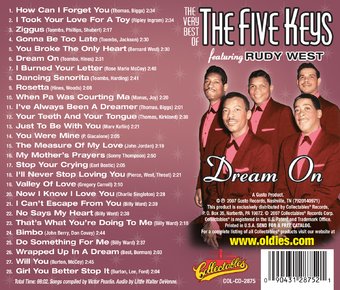 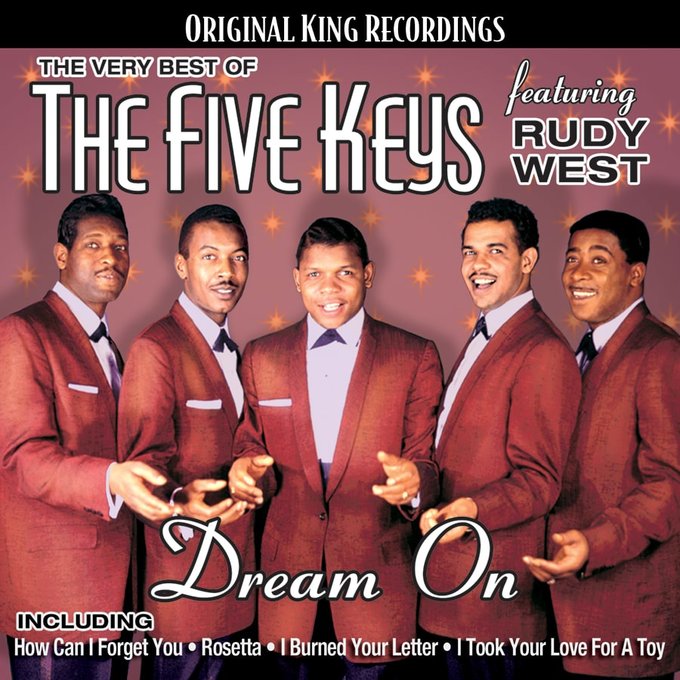 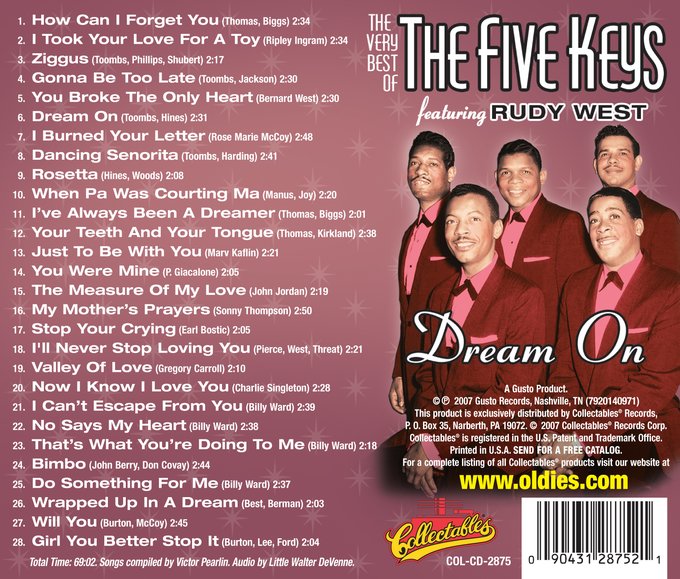 The Five Keys were one of the most influential vocal groups of all time. There were among the first groups to make the change from the smooth early sound of the Ink Spots, Ravens and Orioles to the R&B sound of the Clovers, the Spiders and others in the 1950s. Their massive hit version of "The Glory Of Love" for Aladdin Records in 1951, and their many hits for Capitol in the mid-fifties, such as "Ling Ting Tong," "Close Your Eyes," "Out Of Sight Out Of Mind" and "Wisdom Of A Fool" made them one of the most important vocal groups of the era. This collection includes recordings that The Five Keys made in 1959 and 1960 for King Records - all of which are released here for the first time in stereo.

The Five Keys: Ripley Ingram, Rudy West, Bernie West, Raphael Ingram.
Liner Note Authors: Victor Pearlin; Walter DeVenne.
Compilations, even if they're good, can occasionally be misleading. The Five Keys were a solid vocal group who got their start in the early '50s, and who especially prospered with Rudy West singing lead. Dream On promises not only the best of the Five Keys, but also that it features Rudy West. What it doesn't say is that these 1959-60 recordings for King come from a time when West had left the group. His presence on the album, then, is represented by four solo tracks recorded at the same time. While this is confusing and misleading, Dream On is still an enjoyable collection, and while it may not be the very best of the Five Keys, it is good music. The title track, for instance, is classic bit of doo-wop, while the plaintive "How Can I Forget You" is a lovely ballad. These tracks mingle fairly well with the West material, though his work would've been better-served by the backing of the Five Keys. One of the oddest things -- and perhaps the best thing -- about this collection, is that some genius discovered that these singles' albums had originally been recorded in stereo, though they were released in mono. Dream On's stereo restoration will probably blow some people's minds who've never heard the Five Keys with a guitar or piano on one track and the lead vocal on another. This, in fact, outweighs the collection's muddled assembly and makes Dream On worth picking up. ~ Ronnie D. Lankford, Jr.

The Five Keys
Out of Sight Out of Mind: The Complete Capitol Recordings
$10
Add to Cart

65%off
Jimmy Witherspoon
The Very Best of Miss Miss Mistreater
$5.98
Add to Cart
(2)