Get email alerts for Misfits
53 ratings
Currently Out of Stock: We'll get more as soon as possible
Notify Me When Available
Add to Wishlist
Format:  CD
sku:  XS7A
92% recommend us! 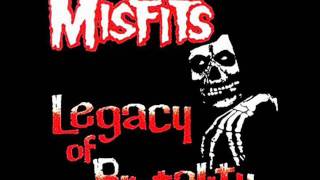 The Misfits - She (Music Video) 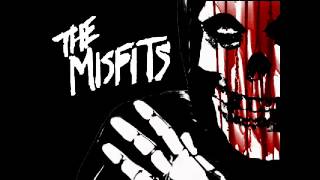 The Misfits include: Glenn Danzig (vocals).
Recorded between October 1977 and June 1981.
Includes alternate takes and early singles.
Long before the doomed theatrics of Danzig, there was the Misfits, a seminal punk band who had it all. With creepy songs, played by an even creepier band, and a singer who sounded eerily like Elvis, the Misfits dared defy a rock category that had yet to emerge. Fifteen years after their peak, the Misfits and the material that later became LEGACY OF BRUTALITY was the Punk 101 course for generations to come.
The Misfits sounded like the Ramones backing Elvis on "The Monster Mash." Their eerie riffs and simplistic production was way ahead of its time in an era of disco and extended blues jams. Building on their soon-to-be punk credentials, the Misfits put out records on their own Plan 9 label in 1977, years before the acknowledgement of such independent labels.
LEGACY OF BRUTALITY perfectly captures the Misfits in all their horrific glory. Danzig's disarming eloquence is evident in "Who Killed Marilyn?": "5:25 August 5, 1962/Marilyn lying on her chest/Her face all turning blue/Could it have been an overdose?/Or could it have been the feds/Could it have been the Kennedys/Or was it just the L.A.P.D." LEGACY OF BRUTALITY will undoubtedly inspire generations of post-punk misfits for years to come.
Misfits (U.S.): Glenn Danzig (vocals); Franch‚ Coma, Doyle , Bobby Steele (guitar); Jerry Only (bass guitar); Arthur Googy, Joey Image, Mr. Jim (drums).
Recording information: 01/1978-06/1981.
Legacy of Brutality compiles a variety of Misfits rarities and outtakes, including the entire unissued portion of the band's unreleased 1978 debut, Static Age (several of its tracks that appeared on early EPs are not included here). Also present are the A-sides of the non-LP singles "Halloween" and "Who Killed Marilyn?," the latter actually a Glenn Danzig solo record. As an entity unto itself, the compilation plays a little inconsistently, and with the various reissues in recent years, it's not quite invaluable any longer, but it's arguably a better way to hear this material than the Static Age reissue, especially since a couple of Legacy's better songs are not on any of the other single-disc compilations. ~ Steve Huey