Get email alerts for George Michael
115 ratings
Currently Out of Stock: We'll get more as soon as possible
Notify Me When Available
Add to Wishlist
Format:  CD  (3 Discs)
item number:  XS59
91% recommend us! 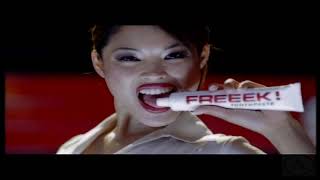 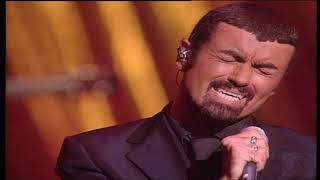 Photographer: Andrew McPherson .
Arrangers: George Michael; David Arnold; Mathes; Ruadhri Cushnan; James Jackman.
The TwentyFive in the title of this 2006 compilation (released in the U.S. in 2007) refers to the number of years George Michael has been in the music business -- a quarter of a century, during which time Michael was always a superstar, yet his legacy is based almost entirely on a decade where he did no wrong, when he effortlessly raised from teenybopper to savvy white soulster, the seeming heir to Elton John's throne of a mega-popular pop singer/songwriter with undeniable skill, considerable commercial appeal, and substance. That last bit has proved to be the tricky part for Michael: after he became a star, he became obsessed that his musical substance wasn't evident to the world at large, so he got sober (at least musically) at the beginning of the '90s with Listen Without Prejudice, Vol. 1, a worthy record that effectively killed his career momentum as its indulgent, studied gravity overwhelmed such pop gems as "Freedom! '90." He took a long break after Listen Without Prejudice, returning six years later with Older. By that point, his American audience had shrunk dramatically, turning him into a U.K.-only star (not quite as provincial as Mick Hucknall, but close) and then when the bottom fell out of his popularity there, he turned into a universal tabloid icon, generating seamy stories as he frequented seedy rest stops while seeming to not be able get through a drive without nodding off at the wheel.
Not a legacy anybody wants, and not a legacy Michael deserves, at least on sheer musical grounds, but TwentyFive doesn't necessarily stand as a testament to this fact for the perennial George Michael problem: it, like the man himself after Faith, is too concerned with seeming serious. So, even if this is presented as a quarter-century-spanning compilation, it writes Wham! out of the equation with the exception of four songs including "Careless Whisper" -- which, after all, was the first Wham! single to bear an individual credit for George Michael -- and playing down such Faith-era staples as "I Want Your Sex" and "Monkey" in favor for stiff late-'90s dance-pop like "Too Funky," "Freeek!," and "Shoot the Dog." These all arrive on the first disc of this set, which bears the wonderful subtitle "For Living," while the second disc is labeled "For Loving" -- meaning, of course, this is where the ballads go, and by and large it's better than the "Living" disc since it doesn't avoid any big hits: it has "Careless Whisper," "A Different Corner," "Father Figure," "One More Try," "Praying for Time," and "Jesus to a Child," along with several moderate U.K. hits. This means that this individual disc holds together better than its companion, but as a compilation TwentyFive isn't nearly as comprehensive or fun as the previous George Michael two-disc set, 1999's Ladies & Gentlemen: The Best of George Michael, which did encompass the Wham! hits -- and since he had no big hits since that comp, the extra seven years this covers doesn't hold much of interest for anybody but the hardcore (and if they're interested, there's a three-disc deluxe edition, with the third disc being a hodgepodge of rarities that are marginally interesting but never quite compelling for those who aren't already devoted). So, even if it's not entirely satisfying as either a listen or a career overview, TwentyFive winds up being a fitting George Michael comp in at least one regard: it's loaded with promise at its outset but doesn't deliver upon its potential. ~ Stephen Thomas Erlewine

Lea Michele
Christmas in the City
$12.50
Add to Cart

George Michael - Careless Whispers: The Life and Career of...
$27.98 on Sale
Add to Cart