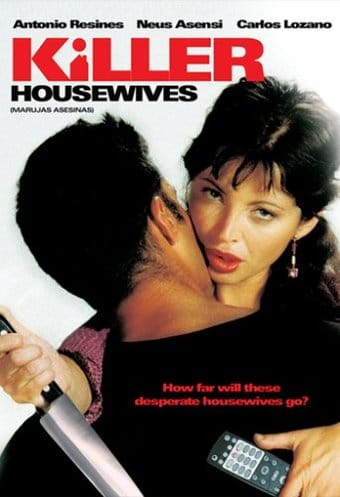 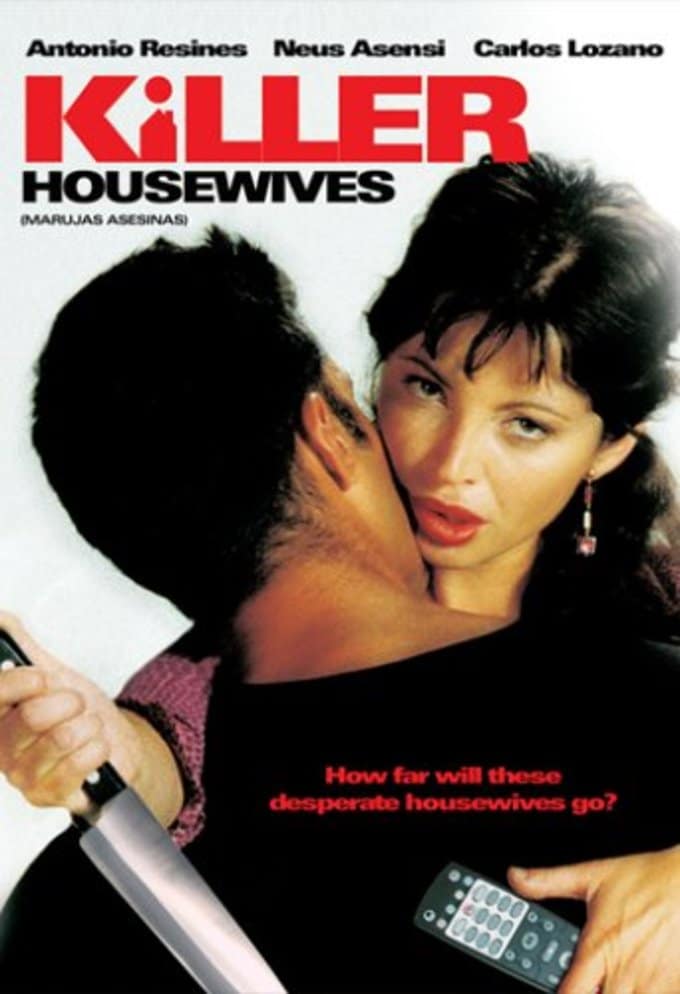 338 ratings
Currently Out of Stock: We'll get more as soon as possible
Notify Me When Available
Add to Wishlist
Format:  DVD
item number:  XTXB 06584D
91% recommend us!

DESPERATE HOUSEWIVES taken to its comedic extreme, this Latin release follows Azucena (Neus Asensi), a discontented housewife who takes matters into her own hands, bloodying them along the way. Abused by her husband Felipe and infatuated with another man, Azucena orchestrates an elaborate plan to get rid of her spouse. Her hypochondriac sister, gay cousin, and mentally challenged employee are dragged along for the ride. It's a ride that goes surprisingly smoothly, however, so Azucena, already somewhat unbalanced, embarks upon a rampage, eradicating anyone she finds the slightest bit inconvenient. How long, however, can her luck hold out, as she spirals ever deeper into a reckless, giddy insanity' This edgy black comedy stars some of Spain's most celebrated actors, including, in addition to Asensi, Antonio Resines, Nathalie Seseña, and Carlos Lozano.