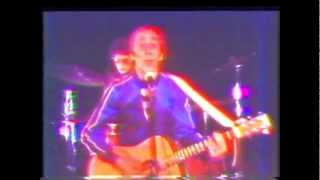 Where The Knack story began...pre-Knack demos from the archive of Doug Fieger! Limited-Edition Clear Vinyl.

For Rock & Roll Is Good for You, Omnivore digs deep into the vaults of the Knack and finds the demos Doug Fieger and Berton Averre recorded between 1973 and 1975, many years before their debut, Get the Knack, appeared. Fieger and Averre didn't have "My Sharona" back then but they did have "Good Girls Don't" and "That's What the Little Girls Do" completed and ready to go, along with a few other songs that were reworked into other songs later on in the band's career. So, right from the start the pop craftsmanship of Fieger/Averre was evident, something this stripped-to-the-bone collection of demos -- almost everything here is just two guitars and two voices, with a full band popping up only at the very end -- effortlessly emphasizes. Sometimes, the duo drifts into a little bit of a hippie strum-along -- the title track isn't a breakneck slice of sleaze, it bears hints of a paisley utopia -- but such detours are unusual: the Knack specialized in sharply written power pop and if their skills were somewhat diminished by the black-and-white blare of Get the Knack, they're quite apparent in this stark yet sweet setting. If the best moments are the noisiest -- "Corporation Shuffle (Daddy Turns the Volume Down)" is a nifty bit of fuzzy, snarky rock & roll in the vein of the Move, "Flower My Fate" grinds with a mild maliciousness, "Weiss on Rye (Hold the Mayo)" stops this side of novelty thanks to its melody -- that in no way diminishes the quieter moments; it only proves that Fieger and Averre weren't writing for the bedroom, they were aiming at the charts, and if only one of the tunes here made it to Billboard, the others show that the duo had the chops to be more than a one-hit wonder. ~ Stephen Thomas Erlewine