Nobody But Me
by Human Beinz / The Mammals

Get email alerts for Human Beinz
Available: Usually ships in 2-5 business days
Add to Cart
Add to Wishlist
Format:  CD
item number:  6JDHQ
Related products:
Frankie Valli / The Four Seasons: Very Best of Frankie Valli & The 4 Seasons for $15.40
Very Best of Chad & Jeremy for $13.60
The Outsiders: Time Won't Let Me / Number 2 for $21.40
The Very Best of The Happenings for $13.60
Our customers love us! 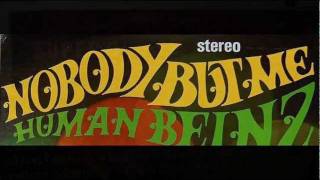 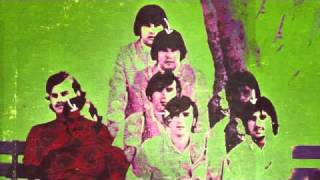 For this peculiar release, Gateway Records split an LP between tracks by the Human Beinz and a much more obscure band, the Mammals. The five tracks by the Human Beinz are the ones that interest collectors, since the Human Beinz were a '60s group that actually had a hit, albeit just one ("Nobody But Me"). All five of these cuts, however -- including an earlier demo version of "Nobody But Me" that's pretty good, but not as exciting as the familiar chart single recording -- were done prior to the success of the "Nobody But Me" 45 on the Capitol label. The other four Human Beinz tracks are from 1967 singles on the Gateway label, and show them to be a decent but unoriginal band, offering well-performed covers of Crispian St. Peters' "The Pied Piper," the Who's "My Generation," Them's "Gloria," and Bob Dylan's "The Times They Are A-Changin' " (following the Byrds' folk-rock arrangement). The six tracks by the Mammals are all covers as well, though while the Human Beinz were a very good cover band, the Mammals were a colorlessly competent one, offering unmemorable blue-eyed soul renditions of hits by the likes of the Miracles, Stevie Wonder, the Supremes, and Sam & Dave. Even the Human Beinz tracks are only for fanatics, given that they were a minor group and that all of the songs are covers. ~ Richie Unterberger