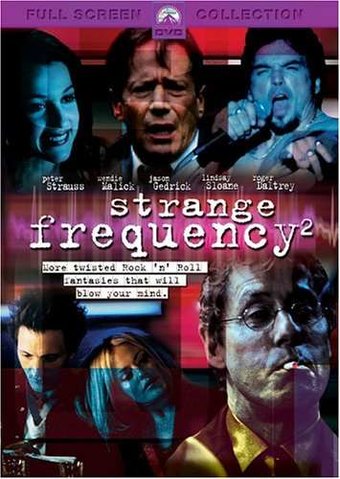 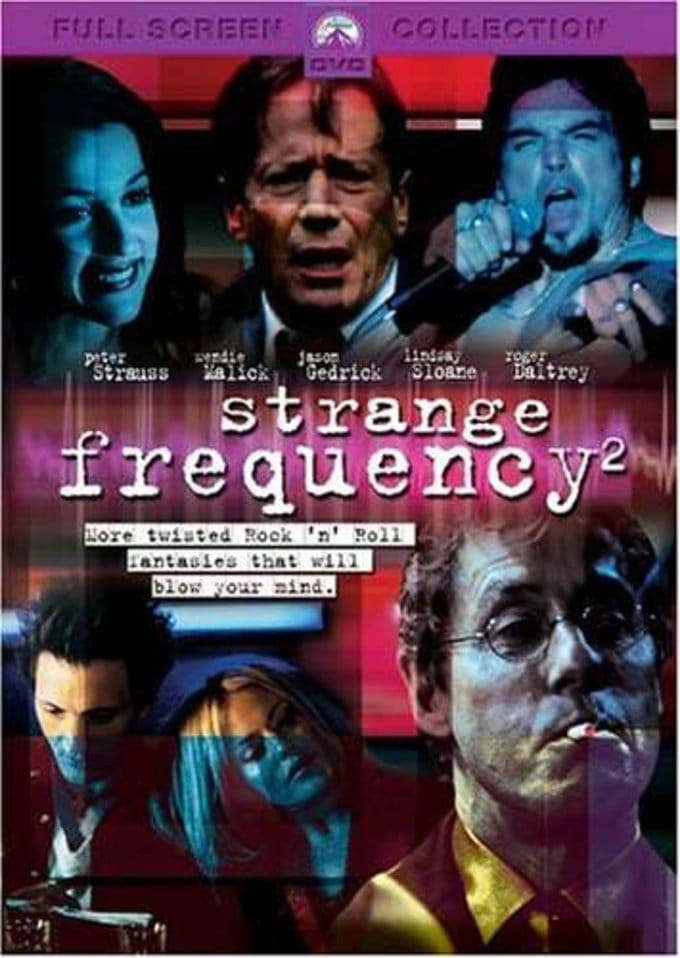 Made up of four seemingly unrelated, but universally odd stories, STRANGE FREQUENCY 2 may remind some of THE TWILIGHT ZONE for its exploration of the unknown. Connected only by their bizarre events and the theme of rock & roll, the fantasies presented here explore issues like addiction, revenge, betrayal, and greed. In "Don't Stop Believing," Ben Stanton's (Peter Strauss) political career is facing its end after the tragic death of his young lover goes public. Ravaged by this event, Ben is repeatedly transported back to the seconds before the fatal crash each time he hears his campaign song. Does this time travel suggest some hope for retrieving his lover, or will he be forced to relive this painful moment over and over again' In "Instant Karma," a conceited rock star takes advantage of a young fan. Eager to pay him back, Lara (Lindsay Sloane) casts a spell on Vince (Jason Gedrick), and switches bodies with him. Inhabiting his skin, Lara is in the position to seek the ultimate revenge. Patsy Kensit stars a prodding rock journalist in "Cold Turkey," asking a songwriter named Jared (John Hawkes) if he's ever written music while sober. Suffering from a creative dry spell, Jared jumps off the wagon on a path towards self-destruction. The journalist joins him, only to reveal she has come to haunt him by personifying his alcoholism in the shape of a woman. In "Soul Man," Mitch's (James Marsters) trip to the thrift store proves especially rewarding when he finds the last song ever recorded by Jimi Hendrix. Driven by the pursuit of stardom, Mitch ignores warnings by the devil, and releases the song in order to become famous.