A Gentleman of Paris (Silent) 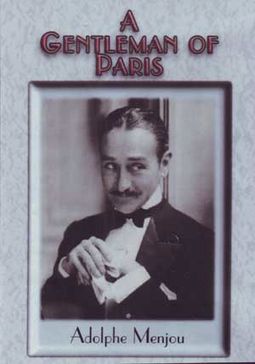 Adolphe Menjou stars as the Marquis de Marignan, an unabashed womanizer who spends the better part of his life escaping the wrath of outraged husbands. The Marquis is regularly rescued from disaster by Joseph (Nicholas Sousannin), his faithful valet. But when it appears as though his boss has been dallying with his own wife, the valet cooks up a scheme to publicly humiliate the Marquis by "exposing" him as a card cheat.

Menjou's a man beset by his fondness for gambling and women in this silent comedy. Accompanied by a piano score.

Vintage | Farce
This product is made-on-demand by the manufacturer using DVD-R recordable media. Almost all DVD players can play DVD-Rs (except for some older models made before 2000) - please consult your owner's manual for formats compatible with your player. These DVD-Rs may not play on all computers or DVD player/recorders. To address this, the manufacturer recommends viewing this product on a DVD player that does not have recording capability.