Legend of the Fist: The Return of Chen Zhen (Collector's Edition) R 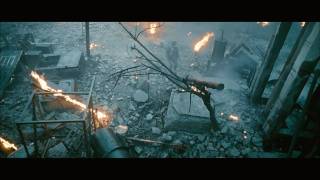