Get email alerts for Elvis Presley
Out of Print: Future availability is unknown
Notify Me When Available
Add to Wishlist
Format:  Vinyl LP
sku:  H998
92% recommend us! 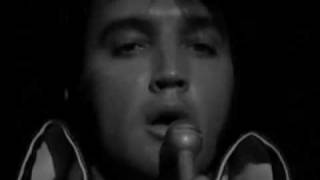 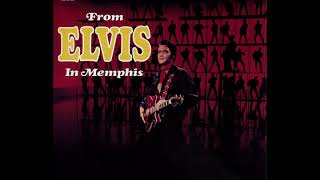 Personnel: Elvis Presley (vocals, guitar, piano); Reggie Young (guitar); John Hughey (steel guitar); The Memphis Horns (horns); Bobby Wood (piano); Bobby Emmons (organ); Ed Hollis (harmonica); Mike Leech, Tom Cogbill (bass); Gene Chrisman (drums); Mary Greene, Donna Thatcher, Susan Pilkington, Sonja Montgomery, Mildred Kirkham, Dolores Edgin, Joe Babcock, Hurschel Wiginton (background vocals).
Recorded at American Studios, Memphis, Tennessee in January & February 1969. Includes liner notes by Peter Guralnick, Colin Escott.
One month after Elvis' 1968 Comeback Special aired on national television, Presley made the most artistically successful recordings of his later career. In January and February of 1969, he held sessions at American Studios in Memphis. Presley was reportedly worried that his recording career was finished, that he had been displaced by newcomers such as the Beatles. Perhaps goaded on by this perception, Presley reached new heights during the American sessions.
The material he chose was impassioned, gritty, and bluesy, the complete opposite of the movie songs he had sung for most of the previous decade. A slight case of laryngitis actually improved his performances, lending his voice an appropriate roughness. Many of the best recordings from these sessions appear on FROM ELVIS IN MEMPHIS, including the hit "In the Ghetto." FROM ELVIS IN MEMPHIS demonstrates how thoroughly Presley could remake a song to suit his talents, especially on the country standards "Long Black Limousine" and "I'll Hold You In My Heart," which he transforms into R&B screamers. This is intense, heartfelt, adult music, much like the blues Presley loved as a kid on Beale Street.

Elvis Presley
Back In Memphis
$32.50
Add to Cart

Elvis Presley
A Boy From Tupelo: The Sun Masters
$19.90
Add to Cart

Elvis Presley
Where No One Stands Alone
$17.95 Spring Sale
Add to Cart