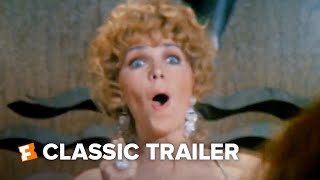 Dive deeper into the world of The Poseidon Adventure than ever before with this all-new Special Edition 2-disc set. Packed with a shipload of explosive extras, including director and cast commentaries, in-depth featurettes, and much more, this is the definitive DVD release of Irwin Allen's Oscar-winning disaster genre masterpiece that started it all!

Gene Hackman leads an all-star cast (including Jack Albertson, Ernest Borgnine, Red Buttons, Roddy McDowall, Stella Stevens and Shelley Winters) on a perilous journey through the upside-down "hell" of a capsized ocean liner - a terrifying death trap that only a few will survive.

When an earthquake sends a tidal wave over a luxury liner on New Year's Eve the top-heavy vessel capsizes. Ten survivors journey through the ship to escape. Terrible sequel: "Beyond the Poseidon Adventure." Academy Award Nominations: 8, including Best Actress--Shelley Winters. Academy Awards: Best Song ("The Morning After").

It's New Year's Eve and the luxury ocean liner Poseidon is on a magnificent voyage from New York to Athens. Unfortunately, disaster befalls passengers and crew when the cruise ship is capsized by a huge tidal wave brought on by a submarine-induced earthquake. Though the casualties are many, 10 passengers survive to make a harrowing journey up to the overturned ship's bottom where they try and escape to safety.

Beyond the Poseidon Adventure (DVD-R)
$16.20 on Sale
Add to Cart