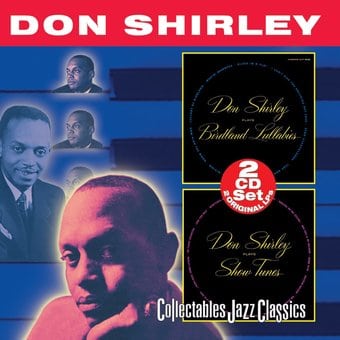 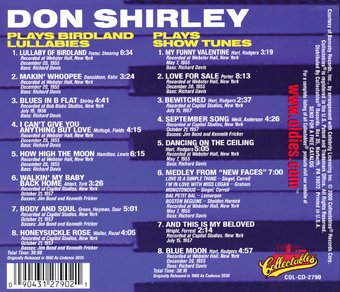 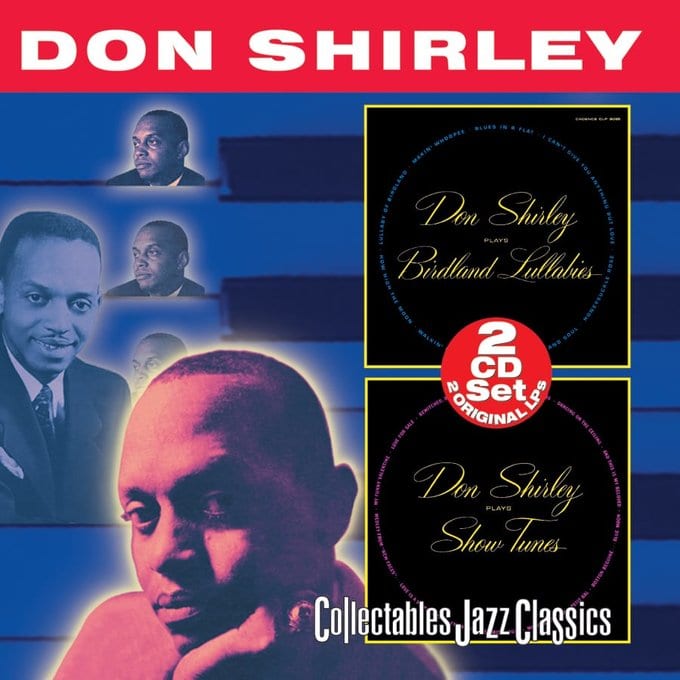 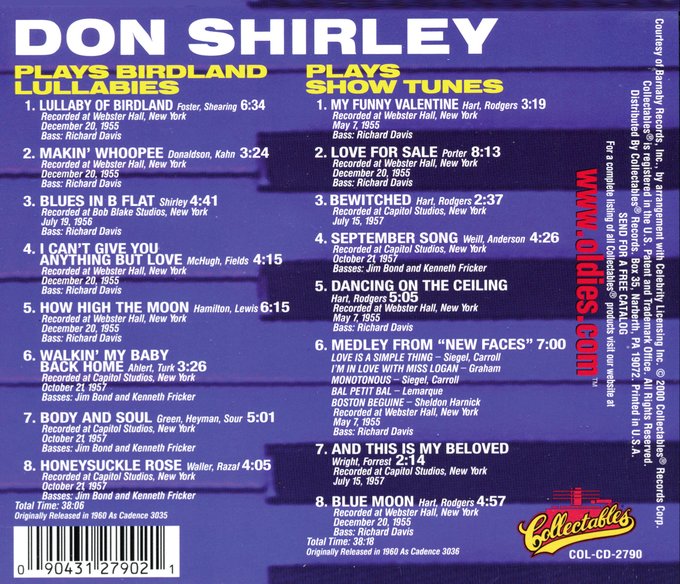 The incomparable Don Shirley fell comfortably between the worlds of jazz and classical music. This CD features two original Cadence albums that have long been sought after by jazz aficionados. On them he tackles both Birdland lullabies and show tunes with equal success. "Walkin' My Baby Back Home," "Body and Soul," and "September Song" are just a few of the highlights on this marvelous disc.