Hurricane Over the Edge 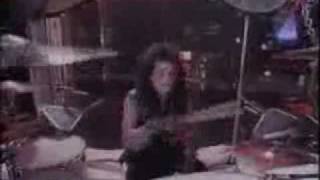 Hurricane Over The Edge (Music Video) 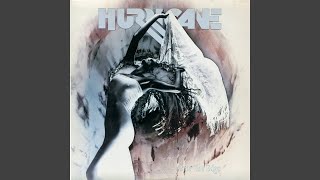 Over the Edge is a superb ten-song collection of album rock from the latter end of the 1980s, AOR metal with hooks and clever twists that bring it a cut above the expected fare that the plethora of hair bands gave the audience in that era. With the same irreverent fun that made Ratt's "Round & Round" so listenable, the songs here venture from the three- to five-minute range, whipped into shape with superb riffing behind a heavy chorus and Kelly Hansen's very on-target vocals. "Messin' with a Hurricane" is inspired rock & roll, rising above the metal trappings with solid beats and some guitar majesty from Robert Sarzo (the brother of Quiet Riot's Rudy Sarzo, just as bassist Tony Cavazo is the brother of Quiet Riot's Carlos Cavazo). Hurricane is Quiet Riot without the sneer, no-nonsense metal produced by Mike Clink a year after he helped put together Appetite for Destruction, and for those who like that Guns N' Roses classic, this album has much to offer. "Love It to Death" has longtime Alice Cooper producer Bob Ezrin listed as executive producer, and "Insane" not only has an opening ripped right out of "Billion Dollar Babies," but the title is the centerpiece word from Cooper's "Ballad of Dwight Frye." Don't think it isn't intentional: the slowed-up version of "I'm 18" is perfect for the Nights with Alice Cooper radio show, and a commendable slow reinvention of Cooper's breakthrough song. "Give Me an Inch" performs a bit of alchemy and turns Raspberries riffs into metal, but it is that attention to pop, the commercial guitar work, and dynamite vocals which make this album a truly undiscovered minor masterpiece. The flaws are minimal, found only in some of the lyrics and the final track, "Baby Snakes," which is ruined by a tacky telephone conversation and is the anomaly on an otherwise super outing. Each of the other songs contain strengths which make the entire offering something special and accessible beyond its time period. ~ Joe Viglione