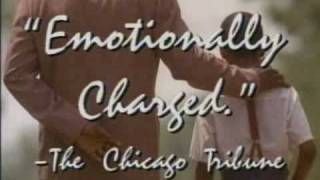 America's Dream captures the joy, the pain, the struggle to survive in a land where dreams can be lost...and found. In "Long Black Song," a hard - working farmer (Danny Glover) invests what little he has in a gift for his wife, while back home she falls for the advances of a traveling salesman. In "The Boy Who Painted Christ Black," a small town principal (Wesley Snipes) must risk his career to defend a young boy's image of a black Christ painted for a state - wide competition. And in "The Reunion," a jazz - joint piano player (Lorraine Toussaint) must come to terms with prejudices that have haunted her since childhood when she is confronted by the source of her pain. Three tales of laughter, three tales of tears, three different ways of searching for America's Dream.

AMERICA'S DREAM is an acclaimed made-for-cable trilogy of tales dealing with the African American experience. THE BOY WHO PAINTED CHRIST BLACK, directed by Bill Duke, from John Henrik Clarke's story, follows a small-town principal as he tries to defend a controversial student; LONG BLACK SONG is based on Richard Wright's story about a man who sacrifices his meager wealth for a cheating wife; and THE REUNION is based on Maya Angelou's tale of a jazz pianist struggling to overcome her racism-filled past.

This powerful trilogy of films, produced by HBO, deals with the black experience in America in a variety of settings. In THE BOY WHO PAINTED CHRIST, directed by Bill Duke, an elementary school principal (Wesley Snipes) whose career is moving forward faces a painful choice when a student at his school paints a portrait for a competition of Jesus Christ as a black man. LONG BLACK SONG deals with a poor sharecropper (Danny Glover) whose bored wife flirts with a white salesman while he's out at work. In THE REUNION, Lorraine Toussaint plays a successful jazz singer in Chicago in 1958. She has an emotional encounter that brings back painful memories of growing up a servant's daughter in a wealthy white home. The three shorts are all notable for the direct and honest way they deal with the complexities of black life in America during the 1930s, 1940s, and 1950s.

Do the Right Thing
$12.50 Super Savings
Add to Cart

Do the Right Thing
$26.10 Super Savings
Add to Cart