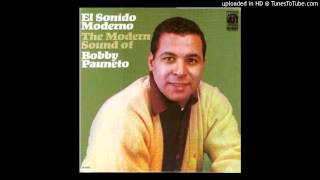 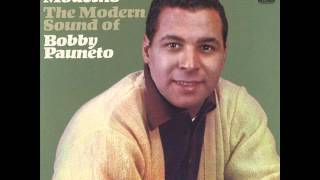 Audio Remasterer: Alex Abrash.
Liner Note Authors: Miles Perlich; Tito Puente.
Arranger: Bobby Paunetto.
A vibes player who had learned at the feet of Cal Tjader, then recruited a band of Latin virtuosos, Bobby Paunetto recorded a gem of Latin jazz with 1968's El Sonido Moderno: The Modern Sound of Bobby Pauneto. (Yes, the less-than-intrepid Mardi Gras label actually misspelled their own artist's name.) Although Latin crate diggers may know Paunetto's name from the uptempo-but-jazzy dancefloor chestnut "Why Is Woody Sad?," the LP is a far more subdued affair, trading on Paunetto's fluid solos along with a few vocal turns from Willie Torres (a favorite go-to singer in salsa circles) and a pretty fair band. Better suited for a demure supper club than a red-hot salsa joint, the band plays all originals except for "Alfie" -- although Paunetto would've turned in a better album jamming on more Latin or jazz standbys. [Included with a 2010 reissue on Fania are six tracks recorded for Seeco in 1965, most of which favor the same slow tempo but with more Latin soul than jazz.] ~ John Bush