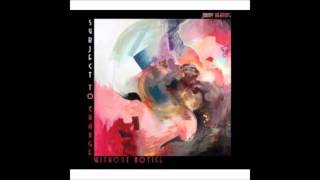 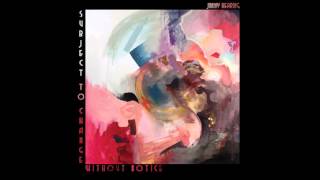 Audio Mixer: John Keane.
Recording information: Flying Whale Recording, Grass Valley, CA; John Keane Studios, Athens, GA; Rush Hour Studio, Woodstock, GA; Tank Studio, Burlington, VT; Winsome Farm Studio.
Photographer: Jason Thrasher.
The title of guitarist Jimmy Herring's second fully instrumental effort is an indication of the music inside. It's a genre-hopping jaunt that bounces from retro-swing to bluesy, Jeff Beck-circa-Blow by Blow-fusion, into bluegrass, funk, and progressive jazz. Noticeably absent are the extended Southern jams that pay Herring's bills in his full-time position as lead guitarist for Georgia's veteran Widespread Panic. But that's how it should be for an amazingly talented musician looking to establish his versatility away from the music he's best known for. The opening "Red Wing Special" quickly does just that as he swings through an upbeat, St‚phane Grappelli-influenced ditty, trading nimble fingerpicking licks with Mickey Sanders' equally sprightly fiddle. Guest Bela Fleck brings his revved-up banjo for a peppy bluegrass "Curfew" complete with Herring's appropriate chicken-pickin' Telecaster lines. But it's the excursion into Mahavishnu Orchestra territory on a cover of John McLaughlin's "Hope," where Herring really pushes his own envelope and that of his fans. He extends the original's two-minute riff into a nearly seven-minute tour de force that builds with drama and restrained intensity. His bent notes on the ballad "Aberdeen" are straight out of Jeff Beck's playbook as he dips into more soulful territory, assisted by Ike Stubblefield's organ. A cover of George Harrison's "Within You Without You" finds Herring's son Carter on cello for a terrific version of the song that replaces the original's sitar lines with Herring's guitar. He shifts from that philosophical musical moment to the tough funk of Jimmy McGriff's "Miss Poopie," another nod to Beck with flashy yet never overly busy solos that are gutsy and melodic. It's given a '70s vibe with Matt Slocum's Billy Preston-styled clavinet solo. Herring dives into straight-ahead waters with "12 Keys," and includes a lovely acoustic interlude entitled "Emerald Garden," rounding out an impressively diverse album that's performed with fire, passion, and a sophistication that's always at the heart of the guitarist's classy approach. ~ Hal Horowitz