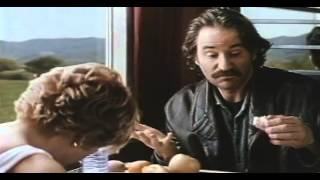 A woman with a phobia about flying gets caught up with a shady French smuggler while flying to Paris to retrieve her wayward fiance. Director Lawrence Kasdan's first stab at romantic comedy.

Meg Ryan ("Sleepless in Seattle") and Kevin Kline ("Dave") star in this bouncy romantic comedy about life, love and larceny. When her fiancé is smitten by a beautiful Frenchwoman, Kate (Ryan) flies to Paris determined to win him back. However, nothing prepares her for Luc (Kline), a cunning sexy Frenchman with a gift for gab and a fondness for thievery. A self-proclaimed expert on affairs of the heart, Luc promises to help Kate win back her man. But one star-crossed misadventure after another sweeps them across France, ultimately changing them in ways they never dreamed possible.

When Kate's fiancé calls from Paris to tell her he's in love with another woman, Kate determines to do anything to get him back. She even overcomes her fear of flying so she can chase him down in the romantic city of lights. Then, while airborne, the panicky Kate meets Luc, a somewhat sleazy character who just happens to be a thief -- and who secretly plants a stolen possession in her bag. Luc intends to retrieve the loot when they land; unfortunately a conman grabs the bag first, thwarting Luc's well-laid plans. Soon he and Kate are frantically scouring the beautiful French countryside in hopes of getting back her precious carry-on.
The romantic situation hardly goes smoothly, either: Kate continues her obsession with ex-fiancé Charlie, while Charlie's new girlfriend takes a liking to Luc... who unexpectantly falls in love with the broken-hearted Kate.