Perry Como Saturday Night With Mr. C / When You Come To The End of The Day (2-CD) 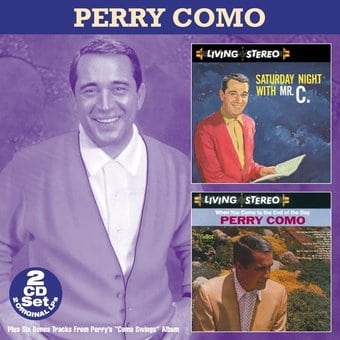 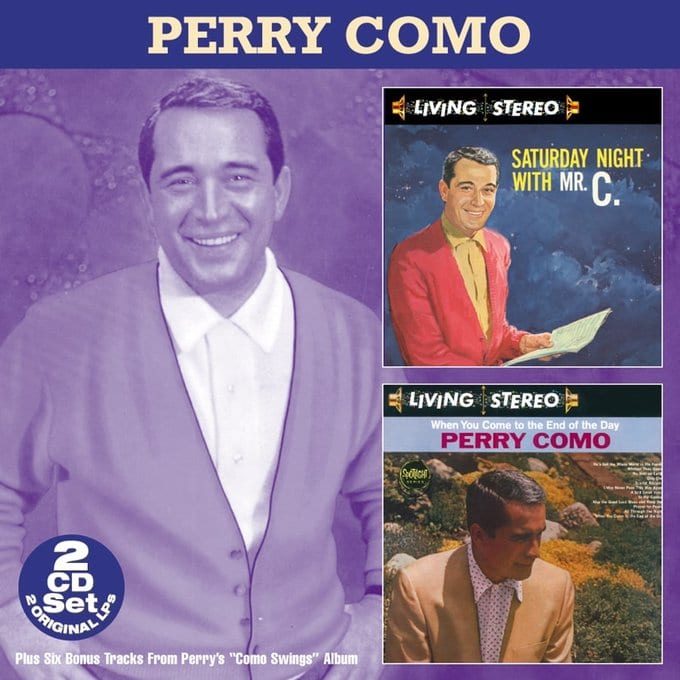 This double set CD includes Perry's first two full stereophonic albums recorded back to back in 1958. The full title "Saturday Night With Mr. C." is released here complete in stereo for the first time ever, including the song "Come Rain or Come Shine" which had been deleted from all stereo versions of the original record album. As an added bonus, this album is featured here with six tracks from Perry's 1959 "Como Swings" album. The companion album, included within this set, is Perry's highly respected album of inspirational songs, "When You Come to the End of the Day", featuring some of Perry's finest performances and heartfelt interpretations. Both of these albums were produced by Joe Reisman with arrangements by Joe Lipman, Jack Andrews and Ray Charles. Recorded at RCA Victor's Studio A, New York City, and engineered by Bob Simpson, these albums are released here in their original "Living Stereo" formats. The songs from "Como Swings" were recorded in 1959 at Webster Hall, produced by Charles Grean and Lee Schapiro, and also engineered by Bob Simpson.