We Dive at Dawn

A Tense Drama Of Under-The-Sea Heroism ! 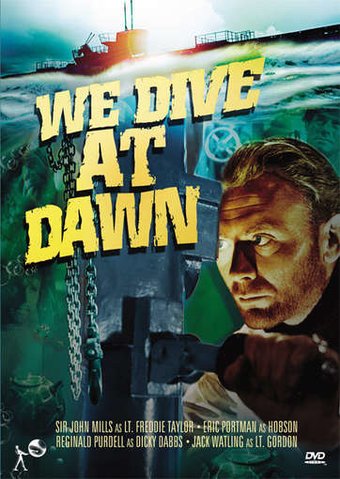 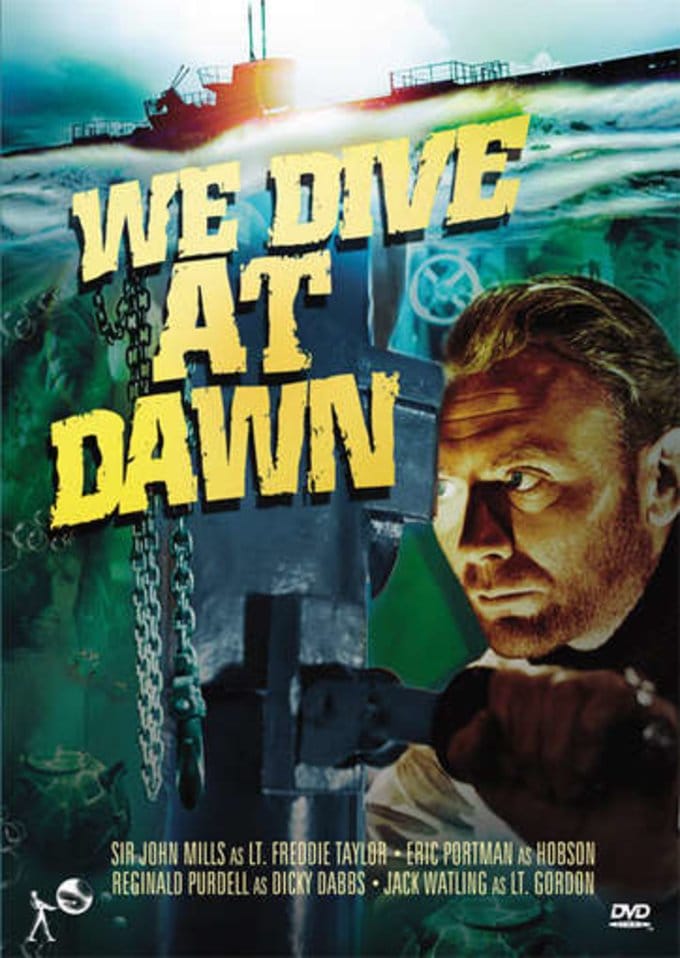 John Mills stars as Lt. Freddie Taylor, a British submarine Captain, in this WWII tale of naval warfare in the Baltic. The crew of the Sea Tiger are summoned from shore leave with their families and sent on a secret mission to intercept the Nazi battleship Brandenburg. In the ensuing battle the submarine sustains damage from depth charges from a German destroyer. After a tense time playing dead, the sub eludes the Germans but is leaking fuel so badly that the crew will be unable to make it back to England before running out of fuel somewhere along the Danish coast. When it seems that their only option may be to blow up the submarine and try to escape to Denmark, seaman James Hobson (Eric Portman) hatches a plan. Since he speaks German he puts on the uniform of a captured German airman and goes into a small port on a Danish island in search of a tanker from which to refuel.

Working from a well constructed script, Anthony Asquith, best know for adapting stage works (PYGMALION, THE BROWING VERSION), adds a strong sense of dramatic tension to the interactions between the men in the dangerous, claustrophobic atmosphere of the cramped submarine. Mills and Portman give good, realistic portrayals of men at war in this tense story of submarine warfare.

The film follows the crew of the British submarine H.M.S. Sea Tiger as they hunt German battleships and are helped by Danish fisherman during World War II.