Rolling Stone: 3.5 stars out of 5 -- "Daniel's sharp guitar and Boeckner's drone-y keyboard come together on jittery jags that gain urgency by feeling knocked out..." 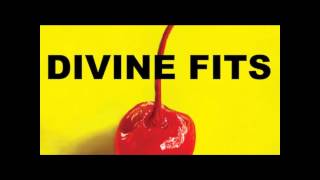 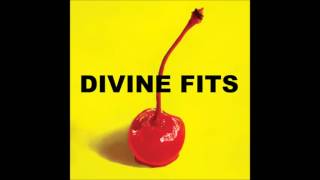 Rolling Stone - p.76
3.5 stars out of 5 -- "Daniel's sharp guitar and Boeckner's drone-y keyboard come together on jittery jags that gain urgency by feeling knocked out..."
Billboard (p.24) - "'Like Ice Cream' lays a propulsive pop melody over a hypnotic vocal loop, while 'Civilian Stripes' is rich and slow-building."
Q (Magazine) - p.97
3 stars out of 5 -- "There are hints of their parent bands...They add their own dreamy insouciance, however, on 'For Your Heart,' latent wit on 'Like Ice Cream' and an overall sense that there's impish fun to be had..."
Mojo (Publisher) - p.88
4 stars out of 5 -- "[B]lessed with impeccable musical bone structure, nearly everything suits them."

Recording information: Los Angeles, CA (03/01/2012-05/30/2012).
Any collaboration involving established musicians that is (un)lucky enough to be called a "supergroup" brings with it all kinds of expectations, both good and bad: either this meeting of musical minds is going to unite the best parts of all the members' previous projects into an amazing whole, or, more likely, it'll be a disappointing clash of musical egos, or a watered-down compromise. Divine Fits, the project of Spoon's Britt Daniel, Wolf Parade, and Handsome Furs' Dan Boeckner, and New Bomb Turks' Sam Brown defies all of these expectations, in large part because their debut album, A Thing Called Divine Fits, sounds far too natural, and not nearly showy enough, to be seen as the work of a supergroup. The trio's seamless blend of Boeckner's new wave-y synth pop and Daniel's precision-tuned rock was hinted at with A Thing Called Divine Fits' lead single "My Love Is Real," and that song's starkly, darkly catchy vibe contains the rest of the album's sound: throbbing, understated synths, insistent beats that jab listeners like a finger in the chest, and echoing vocals that sound like they were recorded in an alley in the middle of the night. Remarkably, this album manages to be even more spare and streamlined than Daniel's work with Spoon; while it's tempting to say that his aesthetic predominates in any of his collaborations, it may just be Brown who helps make A Thing Called Divine Fits so relentless from start to finish. He nails down every track, from his suitably frantic work on "What Gets You Alone" to the cracked-knuckles percussion that underscores the cocky strut of "Would That Not Be Nice." Indeed, the album's first half is so tight that it borders on suffocating; when the band finally opens up on the quasi-folky ballad "Civilian Stripes," it's a relief. Likewise, the subtler dynamics on the cover of "Shivers" and the quirky, looped backing vocals on the stand-out "Ice Cream" serve as welcome reminders of these artists' more nuanced approaches with their other projects. While A Thing Called Divine Fits might be a shade less eclectic than Boeckner, Brown, and Daniel's other projects, it's hard to find fault when the results are this consistently catchy. ~ Heather Phares

The Raconteurs
Help Us Stranger
$14.50
Add to Cart

Vampire Weekend
Father Of The Bride
$13.60
Add to Cart