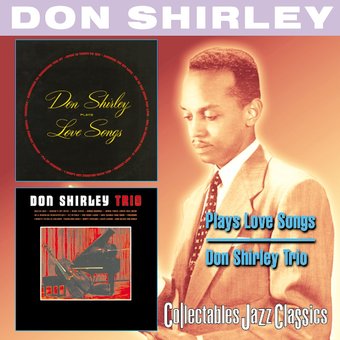 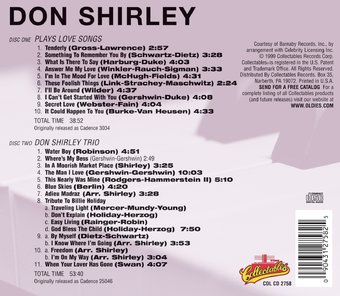 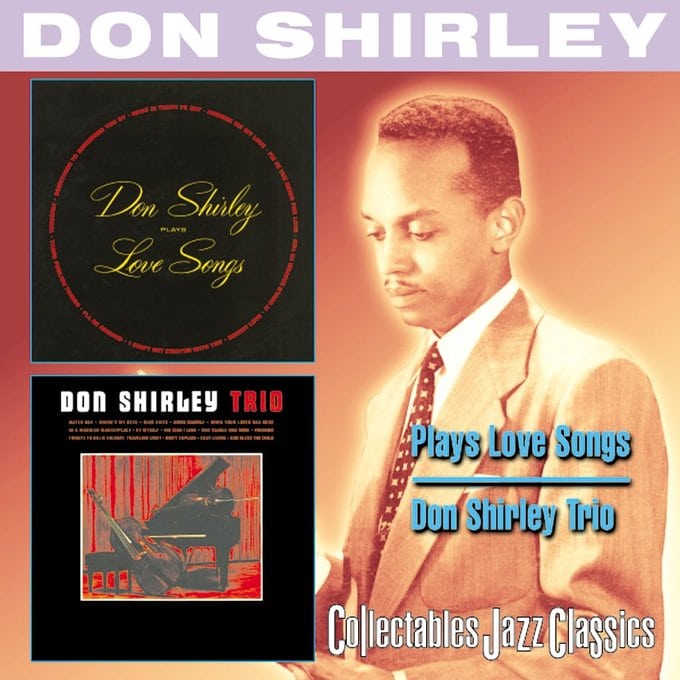 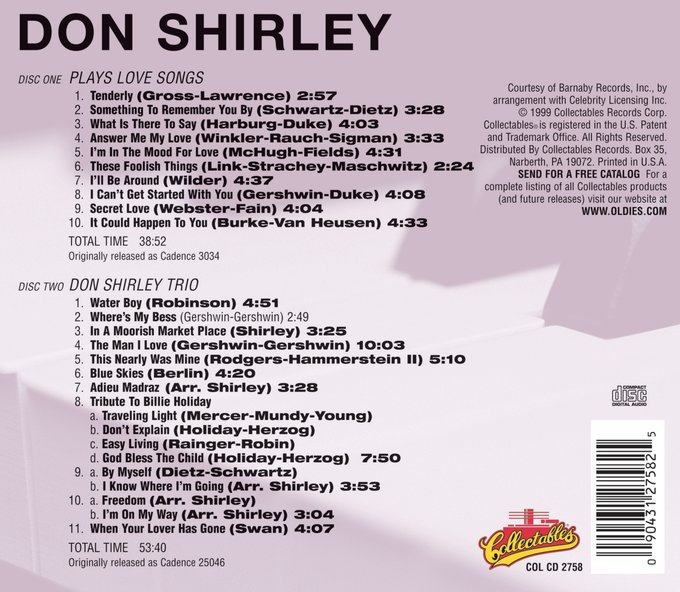 Two of the famed pianist/organist's most original recordings from the mid-'50s. According to Sarah Vaughn, Shirley had "the most glorious sense of shading, phrasing and balance I've ever heard." You'll agree after hearing these glorious twenty-one cuts.


I am a LONG time fan of Don Shirley. I have 18 original DS 33 LP's. I have been protecting my old DS 33 LP's by taping the disks and only playing the tapes - but the original disks are nearly worn out. Ever since Border's and Barns and Noble opened stores in our area I have been a steady customer. I have been hoping and looking for Don Shirley reissues for years but had pretty much given up hope that they would be available. Recently, Borders printed a booklet of "Jazz Essentials" and when I saw that it did not include Don Shirley I was discouraged - a great jazz musician would be overlooked again.

Imagine my surprise and delight when upon walking into the Monroeville PA Borders on 4/13/03 I found 4 Don Shirly double CD's!! Then when I got them home, I discovered oldies.com.

Disk one, "Love Songs", is a delight - always was. BUT NOW on CD it can be heard in all its glory with FAR BETTER fidelity than my original 33 LP record. THIS record is a "Jazz Essential" and it belongs in the Borders listing as such.

Don Shirley Trio has always been one of my favorites. Don's piano with the cello and bass of Ken Fricker. You must listen to "Water Boy" and "Fredom" several time to appreciate the subtle construction of the DS phrasing. Good stuff. I hope Borders is listening.

Oldies.com is now on my "favorites" list and I will be visiting and buying. Now I know what to put on my birthday and christmas lists. Thank You Oldies.com.