Home of the Brave (Blu-ray) R 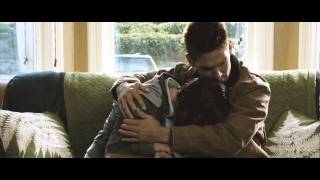 The Vietnam War provided plenty of cinematic ruminations on the futility of battle and the struggle of returning soldiers to adjust to normal life. With HOME OF THE BRAVE director Irwin Winkler (THE NET) applies similar concepts to the Iraq War of the early 21st century, positing actors Samuel L. Jackson, Jessica Biel, Brian Presley, and 50 Cent (credited here under his real name, Curtis Jackson) in the roles of army recruits who tussle with the mundanity of life after war. The action begins during the heat of battle, with an ambush that leaves many of its victims either dead or wounded. Winkler subsequently transports the action to the struggles his characters endure once safely back home, with alcoholism, prosthetic limbs, parental abuse, and a hostage crisis all causing innumerable problems, none of which are helped by a military that remains uninterested in their frantic pleas for help and guidance.

Winkler infuses his film with an equal mixture of anger and grief, and while he may not reach the heights of Oliver Stone's BORN ON THE FOURTH OF JULY or Michael Cimino's THE DEER HUNTER, he draws on similar frustrations felt by the characters in those movies. HOME OF THE BRAVE was shot while the violence still raged in Iraq, which will doubtless make it a fascinating curio in years to come, especially as this denied Winkler a distance from his subject that many of the filmmakers who masterfully dissected the Vietnam War undoubtedly benefited from.

War of the Worlds
$6.80 Super Savings
Add to Cart

Born on the Fourth of July (Special Ed.)
$8.70 Super Savings
Add to Cart