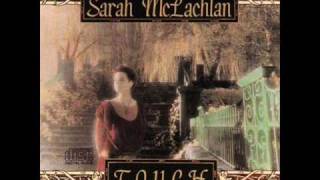 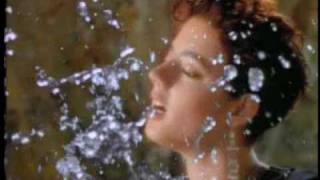 Q - 3/95, p.119
4 Stars - Excellent - "...remains the blueprint for her oeuvre, and shows that for all her wispy, pseudo-Gaelic tendencies, she has steel in her soul and a canny ear for contemporary rhythms..."

Personnel: Sarah McLachlan (vocals, guitar, piano, keyboards); Darren Phillips (drums, keyboards, percussion); Dave Kershaw (bass, background vocals); Stephen Nikleva (electric guitar); Ross Hales (drums); Sherri Leigh (percussion); Greg Reely (drums, percussion); Jeff Krosse (bass, background vocals); Tippi, Steve, Rudy (percussion); Naomi McLeod (background vocals).
Recorded at Limited Vision Studios, Mushroom Studios, and Lions Gate Studios, Vancouver, British Columbia.
A largely forgotten album in the wake of Sarah McLachlan's mainstream success, Touch was the first album anyone heard from the singer. Only 19 at the time, McLachlan had years to go before she would become the seductive songstress of Fumbling Towards Ecstacy or the sensitive balladeer of Surfacing. Instead, she has more of an ethereal sound, enhanced by keyboards and a lush production that gives it a polished feel. Bringing to mind the '80s incarnations of both Peter Gabriel and Kate Bush, the songs here are moody pop tracks that showcase her incredible range more than anything else. A few tracks, especially "Vox" and "Steaming," are beautiful tracks that have a light sense of yearning that she would later develop into the sensual crooning of her mid-'90s work. And "Ben's Song," a piano ballad, would go on to be included in her live shows long after the other tracks from this album disappeared from them. But Touch is vastly different from the rest of her material (save for maybe a few tracks on Solace), making it a surprise to most curious fans. Her performance is the point where this is most obvious, as her gorgeous voice lacks most of the personality and emotion that she would later develop. But the material isn't bad, just uncharacteristic of the rest of her career. Some fans might be disappointed by the copious amounts of keyboards and McLachlan's restrained performance, but Touch is still a winner. Just a flawed winner, coming from a talented artist who was still searching for her artistic voice. ~ Bradley Torreano