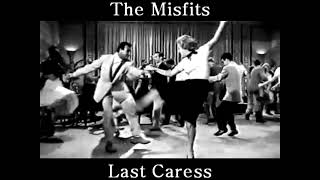 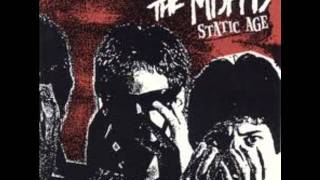 STATIC AGE contains a hidden track after "In The Doorway."
The Misfits: Glenn Danzig (vocals); Franche Coma (guitar); Jerry Only (bass); Mr. Jim (drums).
Reissue producer: Tom Bejgrowicz.
Recorded at C.I. Recordings, New York, New York in January and February 1978. Includes liner notes by Tom Bejgrowicz and Dave Achelis.
Misfits (U.S.): Glenn Danzig (vocals); Franch‚ Coma (guitar); Jerry Only (bass guitar); Mr. Jim (drums).
In this day and age when the Misfits skull logo t-shirt is a common sight in discerning shopping malls across the country, it almost seems impossible to conceive of a time when the boys in black couldn't get a record deal to save (or lose) their souls. Yet this was the case with STATIC AGE, which is the recorded output of one of the earliest Misfits lineups. For years this album was only a rumor (although many of its tracks were collected on LEGACY OF BRUTALITY); it's presented here in the form the band originally intended.
Many of the songs will be familiar to those acquainted with the Misfits canon through releases such as Metallica's version of "Last Caress" and Guns And Roses' cover of "Attitude," but the originals pack an altogether more ghoulish punch than the remakes. STATIC AGE also includes the original versions of "We Are 138," "Hollywood Babylon," and "TV Casualty," which alone make this record a must-have. For longtime fans and newbies alike, this lost classic is bound both to please and send chills up the spine.

Dead Kennedys
Give Me Convenience or Give Me Death
$13.60 CD Sale
Add to Cart

Suicidal Tendencies
How Will I Laugh Tomorrow When I Can't Even Smile Today
$10.90 CD Sale
Add to Cart

Dwarves
The Dwarves Are Young and Good Looking
$9.70 CD Sale
Add to Cart