Rolling Stone: 3 stars out of 5 - "[S]he turns up the heat, working her seductive voice in Prince-style electro-glitz disco gems..." 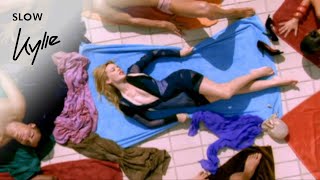 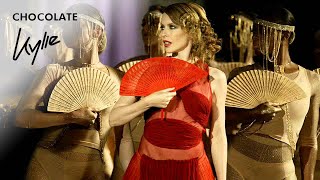 This is an Enhanced CD, which contains both regular audio tracks and multimedia computer files.
Personnel includes: Kylie Minogue (vocals); Johnny Douglas (various instruments); Julian Gallagher, Alvin Sweeney (programming); Cathy Dennis (background vocals).
Producers include: Cathy Dennis, Kurtis Mantronik, Johnnyv Douglas, Baby Ash, Sunnyroads.
On her umpteenth album, Australian diva Kylie Minogue continues to dish out the dance-floor-ready tunes. Following up her international hit, "Can't Get You Out of My Head," Minogue isn't content to rehash that song; instead, she wraps herself in a luxurious robe of electro-beats and dreamy synthesizers. BODY LANGUAGE starts off with the sensual "Slow," a remarkably spare song that glides along on simple synth lines, bubbling beats, and, of course, Minogue's airy coo. This formula works well on other tracks, including the saucy "Secret (Take You Home)," the celebratory "Sweet Music," and the Bjork-like "Someday." Minogue also dips into past decades on certain tracks, such as the 1980s-inspired, vocoder-laced pop of "Still Standing" and the '70s guitar-driven funk of "I Feel for You." Throughout the album, Minogue works her BODY LANGUAGE with giddy pleasure, easily putting most of her contemporaries to shame.