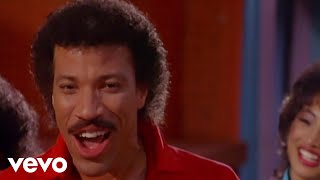 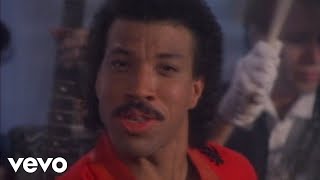 The first pressings of THE DEFINITIVE COLLECTION included a bonus disc featuring rare tracks.
Personnel includes: Lionel Richie (vocals); Diana Ross, Enrique Igelesias (vocals); Russ DeSalvo (guitar, synthesizer); Adam Philips, Cheili Minucci (guitar); Shane Keister (piano); Eric Kupper (keyboards); John Reade (bass); Patrick Carroll (electric bass, programming); Richie Jones (programming); Commodores.
Producers include: Lionel Richie, James Anthony Carmichael, Commodores, Mark Taylor, Ric Wake, Stewart Levine.
Compilation producers: Harry Weinger, Jeff Moskow.
Includes liner notes by Steven Ivory.
All tracks have been digitally remastered.
This remastered set of greatest hits features Lionel Richie's favorites from both his stint with the Commodores and his solo career, including "Three Times a Lady," "Dancing on the Ceiling" and "All Night Long."
Although Lionel Richie was AWOL for most of the '90s, he's still a pop culture force to be reckoned with, and THE DEFINITIVE COLLECTION ably supports this assertion. Between his work as a frontman for The Commodores, songwriter for other artists, and as a solo act, Richie became the only songwriter to score nine chart-toppers in nine consecutive years. Aside from Kenny Rogers' "Lady" and USA For Africa's "We Are The World," (co-written with Michael Jackson), all the other #1's are here: "Endless Love" (with Diana Ross), "Truly," "Hello," "All Night Long (All Night)," "Say You, Say Me," "Still" and "Three Times A Lady." That's not even counting the man's other Top 10 hits including further Commodores manna like "Easy" (later a hit remake for Faith No More). Throw in solo sides like the infectious "Dancing On the Ceiling" and the urgent "Running With The Night" and its easy to hear how Richie nonchalantly dominating the charts throughout the '80s. He brings things up-to-date with two new songs: the slow rolling Enrique Iglesias duet "To Love a Woman" and the piano ballad "Goodbye."

23%off
The Spinners
From Here To Eternally
$9.98 on Sale
Add to Cart