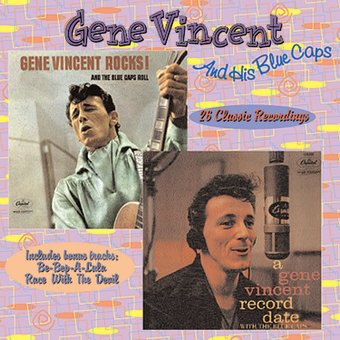 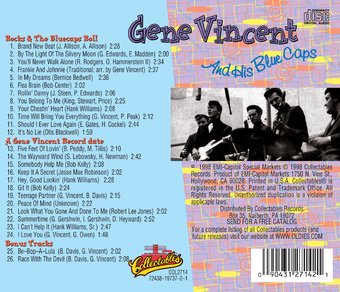 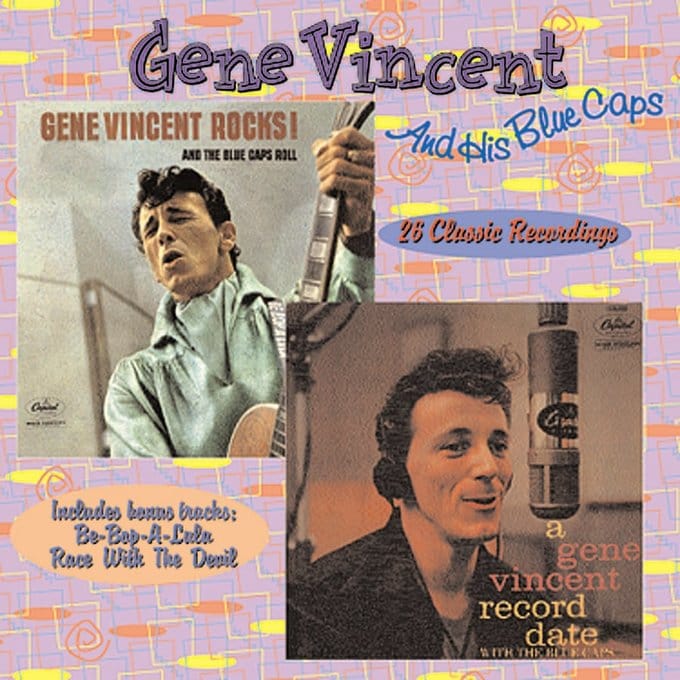 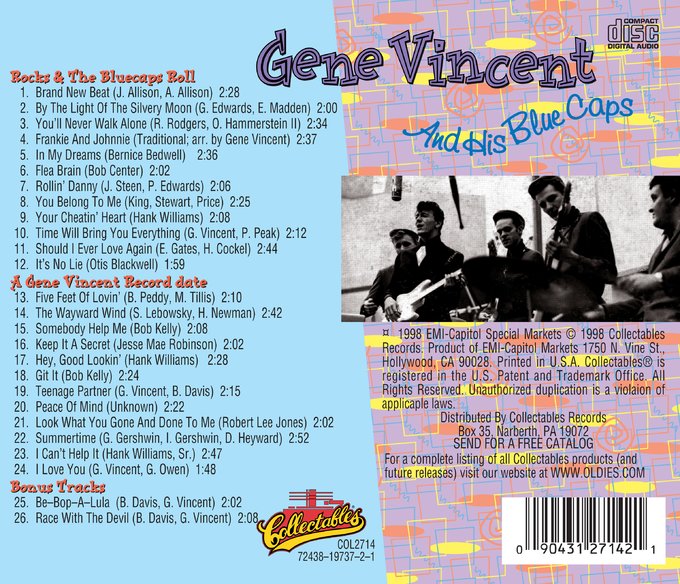 Often compared to Elvis, singer/songwriter/guitarist Gene Vincent was one of the greatest and most influential rockabilly artists of all time. (Like Elvis, he also appeared in films). Two of his mid-50s albums make up this two-for-one package which includes the classic hit "Be-Bop-A-Lula".

2 LPs on 1 CD: GENE VINCENT ROCKS! & THE BLUECAPS ROLL(1958)/A GENE VINCENT RECORD DATE(1958).
Also available as part of the Collectables box THE LEGEND AT HIS BEST!
Includes liner notes by Mark Marymont.
Liner Note Author: Mark Marymont.
Recording information: 1958.
This two-for-one package contains two lesser known (but still exciting) 1958 albums featuring the snarling GeneVincent, rock's original bad boy. Behind him are the Bluecaps (featuring legendary guitarist Cliff Gallup), a band that was arguably the toughest and most cohesive rock outfit of their day.
When the songs are good, like Otis Blackwell's "It's No Lie," the results are nastily transcendent. The musicians throw themselves into even the inferior material ("By the Light of the Silvery Moon," and "You'll Never Walk Alone") with a feral energy that never flags. Even Vincent's hands throwaway filler and cornball standards gain an unexpected edge. Two of Vincent's best known songs, "Be-Bop-A-Lula" and the virtually definitive rockabilly workout "Race With the Devil," are included as bonus tracks, upping the ante a notch.

Hot
The Songs That Got Them Started: 40 Songs the Beatles...
$7.98 Super Savings
Add to Cart