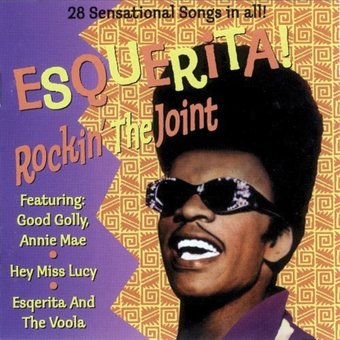 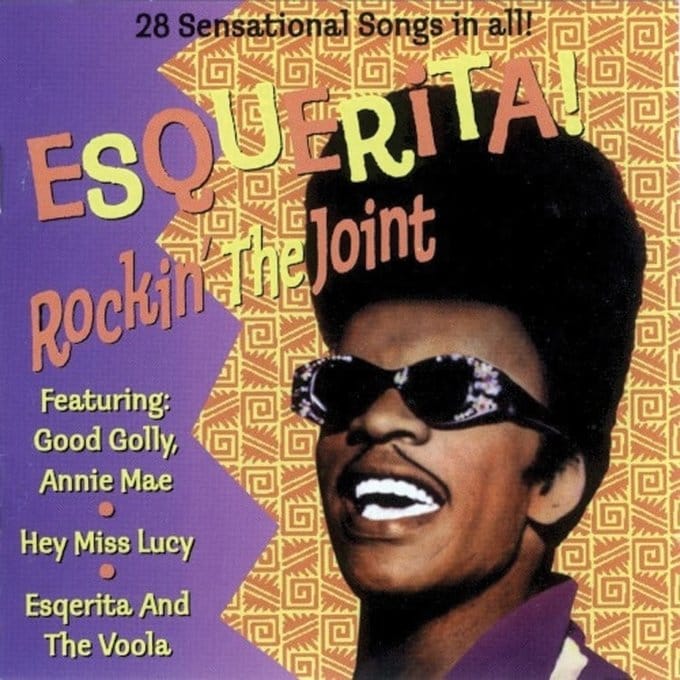 Esquerita was one of the greatest rock pianists who ever lived. Born Eskew Reeder, Jr., his wild piano style and stratospheric pompadour made him a favorite with both fans and his contemporaries, and his name added to his mystique. The twenty-eight tracks on this rockin' compact disc are among the finest he originally cut for Capitol Records - there's a lot of wild wailin' and piano poundin' goin' on.

Contains 28 tracks, every track recorded for Capitol by this pioneer of rock & roll; S.Q. Reeder, a.k.a Esquerita, a.k.a. Magnificent Malucci, was a 50's rocker who had a major influence on Little Richard.
Producer: Ken Nelson.
Compilation producer: Ron Furmanek.
Recorded in Nashville, Tennessee. Includes liner noted by Steve Kolanjian.
Digitally remastered by Larry Walsh (1989, Capitol Studios, New York, New York).
Liner Note Author: Steve Kolanjian.
Recording information: Nashville, TN.
The Esquerita volume of the Capitol Collectors Series reissued a whopping 28 sides by the rock & roll wildman, recorded over 1958-1959. These constituted his complete output for the label, not to mention the most unhinged recordings of his career. When this CD was originally released in 1990, ten of the songs had never before seen release in the U.S., appearing only on a double-LP set released in France. As such, it's the definitive look at Esquerita's recording career, and a necessary purchase for anyone interested in what made early rock & roll seem so dangerous. There's never much doubt as to what Esquerita is really singing about on songs like "Gettin' Plenty of Lovin'" or "Hey Miss Lucy," and the wild voodoo-jungle sound of "Esquerita and the Voola" must have sounded like Satan himself was about to storm out of the speakers. Esquerita fans hold that his screaming, howling, piano-pounding antics trump even those of his admirer, Little Richard, but that's debatable. Where Little Richard can kick a song into overdrive with a lung-bursting screech, Esquerita is more apt to slip into a hoarse growl -- it's sleazy, to be sure, but doesn't have quite the same impact. Still, that's only a relative judgment -- this stuff is crazier than at least 95 percent of its competition. Capitol Collectors Series went out of print, but fortunately Collectables gave its music a straight-up reissue under the new title Rockin' the Joint. ~ Steve Huey

Chuck Willis
I Remember Chuck Willis / King of The Stroll (CD)
$16.10 on Sale
Add to Cart